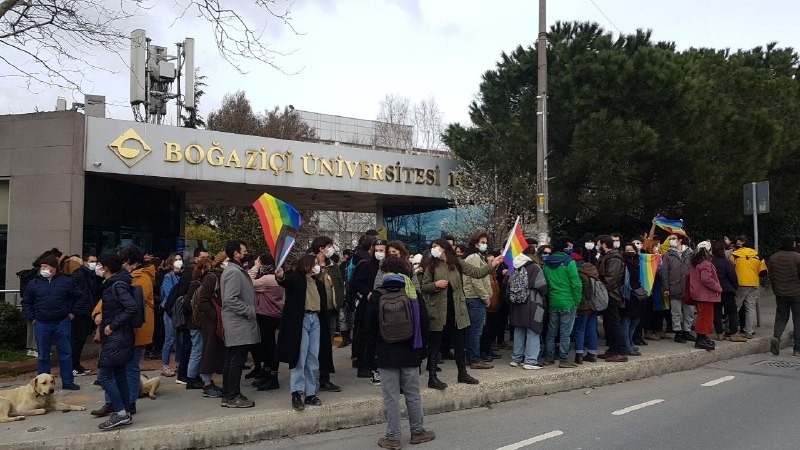 Four students were detained in the Hisarüstüstu Neighborhood of İstanbul, where campuses of Boğaziçi University are located, on the grounds that they were "carrying an LGBTI+ flag".

Police attacked students trying to enter the university to support their friends. In Hisarüstü, where Boğaziçi University is located, police detained four people on the grounds that they were "carrying an LGBTI+ flag".

"We don't care what you are, this flag is forbidden." police said, according to Boğaziçi TV. However, the police officers did not explain why and how the LGBTI+ flag was banned, and arbitrarily took away the flag.

Students met outside the university's North Campus to protest the detention of their friends. Police surrounded the students and tried to prevent the students from coming together, citing the outbreak. The students chanted "Let our friends be released" and "We are not silent, we are not afraid, we do not obey."

Police also attacked students protesting the attack on their friends and also kicked a dog. Police detained at least 8 students in the attack.

The live broadcast of Boğaziçi TV that continued all day, has shut down after the police attack.