3 suspects get 27 years and 6 months each for allegedly forcing a trans worker into their car in Izmir and raping her in a forest. 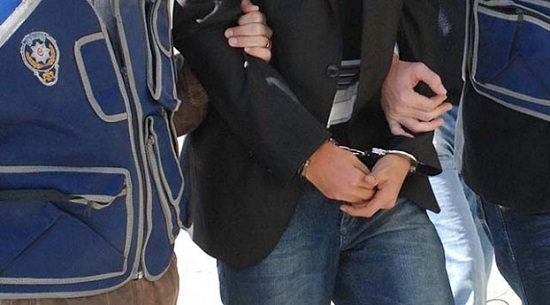 3 suspects get 27 years and 6 months each for allegedly forcing a trans worker into their car in Izmir and raping her in a forest.
On 22 September 2014, trans sex worker M.T. agreed [on a sex work deal] with Cengiz K. who approached her by car. When Cengiz K. also pick up his friends Çağlar Ş. and Erol K., M.T. wanted to leave.
The two people who got in the car later allegedly shut M.T.’s mouth and took her to a forest in Yamanlar. The three people raped M.T. and ran off with her jewellery after forcing her with a knife. Police quickly caught the three suspects through the car’s license plate. Çağlar Ş., Cengiz K., and Erol K. were arrested after being sent to the prosecutor.
The three defendants and lawyers attended the last hearing in Izmir 7th Heavy Penal Court. In the previous hearing M.T. had testified saying, “They threatened me and said, “If you don’t want to die here, do as you are told, we have a knife in the car, we’ll cut you.” They forcibly undressed me. They raped me taking turns without my consent. I’m bringing a complaint against the defendants.”
Defendant Çağlar Ş. said, “We did not forcibly do anything to this person. The person was already under the influence of alcohol when the person got in the car. We couldn’t agree on the money. Once the deed was done, they [1] demanded a high amount of money. When we told them that we won’t pay what they were demanding, they screamed and shouted and threw the money at our face. They are complaining about us because they found the money too low.”
Erol K. argued that they have been detained for a long time and are therefore victims and said, “The complainant isn’t even coming to the hearings. We have families, kids, and regular jobs. Our only fault is to have had a [sexual] relation with their consent. I defer this first to God and then to you.”
Cengiz K. stated, “Do you think a person who willingly hurts themselves and hurts without pity would pity others? I believe you’ll act justly. I defer this first to almighty God and then to you.”
The prosecutor gave the opinion to acquit the defendants for the crime of plunder but to punish them for the other crimes. After a short recess, the court president gave 27 years and 6 months of prison sentence to each of the defendants for “sexual assault” and “depriving the person of their freedom”. The defendants and their relatives reacted to the decision and the defendants were taken back to prison.
[1] The Turkish language does not have gendered pronouns and it is unclear how the defendants’ approached M.T.’s gender identity. The choice of “they” by the translator is to keep the quotes gender-neutral like Turkish- but it does not mean that the defendants’ respected M.T.’s gender identity.
Translated by lgbtinewsturkey