The swim race held in the Croatian island of Vis witnessed a flash mob with an inflatable rainbow. 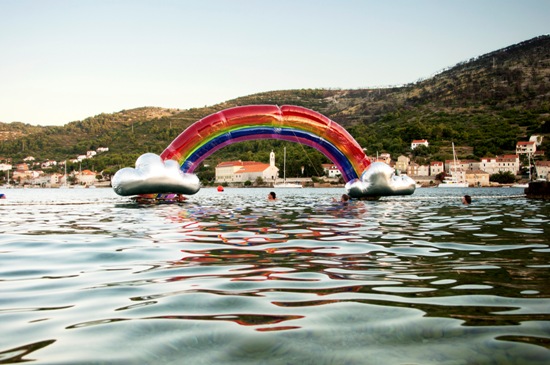 The swim race held in the Croatian island of Vis witnessed a flash mob with an inflatable rainbow.
The flash mob was used as a means to increase the LGBTQ visibility both in public space and in sports on August 16.
“We need more grass-root activism”
The Croatian member of baQlawa (Regional Network against Homophobia and Transphobia), Zeljko Blace, was part of the intervention. Blace from QueerSport told the importance of the action: 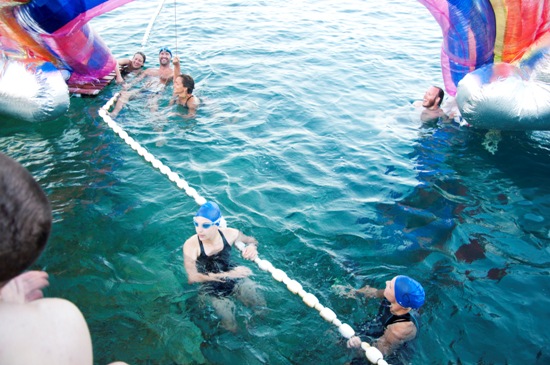 “The intervention highlighted the need for the public to be ‘loud and proud’ about sexual orientation and gender identity in public space - especially outside of the nexus of relations between Government, professionalized NGO activism and politricks of media PR. Most LGBTQ advocacy is within the Croatian capital of Zagreb and hugely normalized via the ‘marriage equality’ focus - highly diverted from the harsh LGBTQ realities on other levels and in rest of Croatia where more grass-root activism is much needed.”
The biggest group attending the 16th annual race for last 3 years has been LGBTQ swimmers and fans from Split and Zagreb.