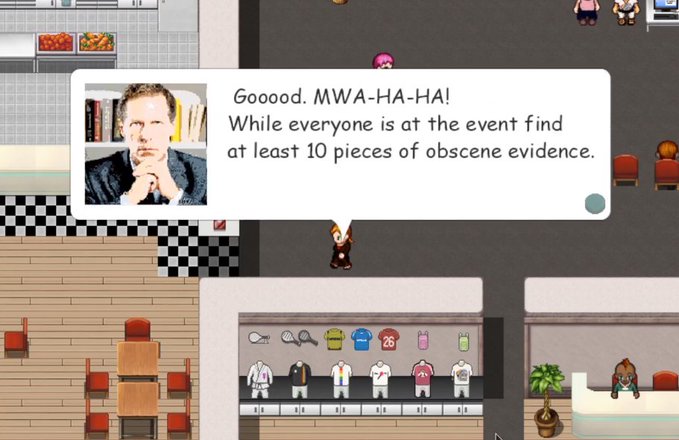 The computer game Cosmic Room, introduced at the inaugural events of the Queer Olympix, was granted the special jury award at the Melbourne Queer Games Festival.

The Australian Melbourne Festival, one of the world's major queer gaming festivals, aims to reflect the lives of LGBTIQ gamers on the games.

Every year, the festival awards games from around the world. One of the awards came to Turkey this year. The Cosmic Room, designed by Ecemen of Athletic Dildoa (Gamer name Lezborado), received the jury award.

The festival said "for a game that is fearless about the freedom, limitless and undefinable strangeness of queer" while presenting the award.

The game that was introduced at the inaugural events of the Queer Olympix on August 21st is an interactive story and has approximately 30 min playing time.

Ecemen (Gamer name Lezborado) of Athletic Dildoa, the designer of the game, said, "I wanted to make a hilarious game in South Park absurdity, but I'm not sure if it is more absurd than the times we're living in. The great thing about this game is the characters of the games ar us. So the teams of Queer Olympix are presented in this game pixel by pixel. And people who haven't played games, do not I can't play to yourselves; because the game is played with the arrow and enter/space keys".

About the Cosmic Room’s story:

It's the year 2023 and the nouveau riche Atletik Dildoa is organizing the 7th Queer Olympix at their own Atletik Dildoa Sports Facilities. The Sociologist, who has been mingling with the QO crew to do research for her dissertation, is actually the agent of a mysterious organization that is dedicated to exposing the SECRET PLOT. It's been rumored in the LGBTI+ community that Queer Olympix had built a cosmic room with the help of foreign powers and that anyone who entered it would go through weird experiences. Are these rumors just a conspiracy theory or is there some truth to them?