’Laws against discrimination must be enacted’’

At the second session of International Conference on Gender, Diversity and Social Inclusion, experts discussed the idea of ’Supporting LGBTI Rights with Social Diversity.’’ 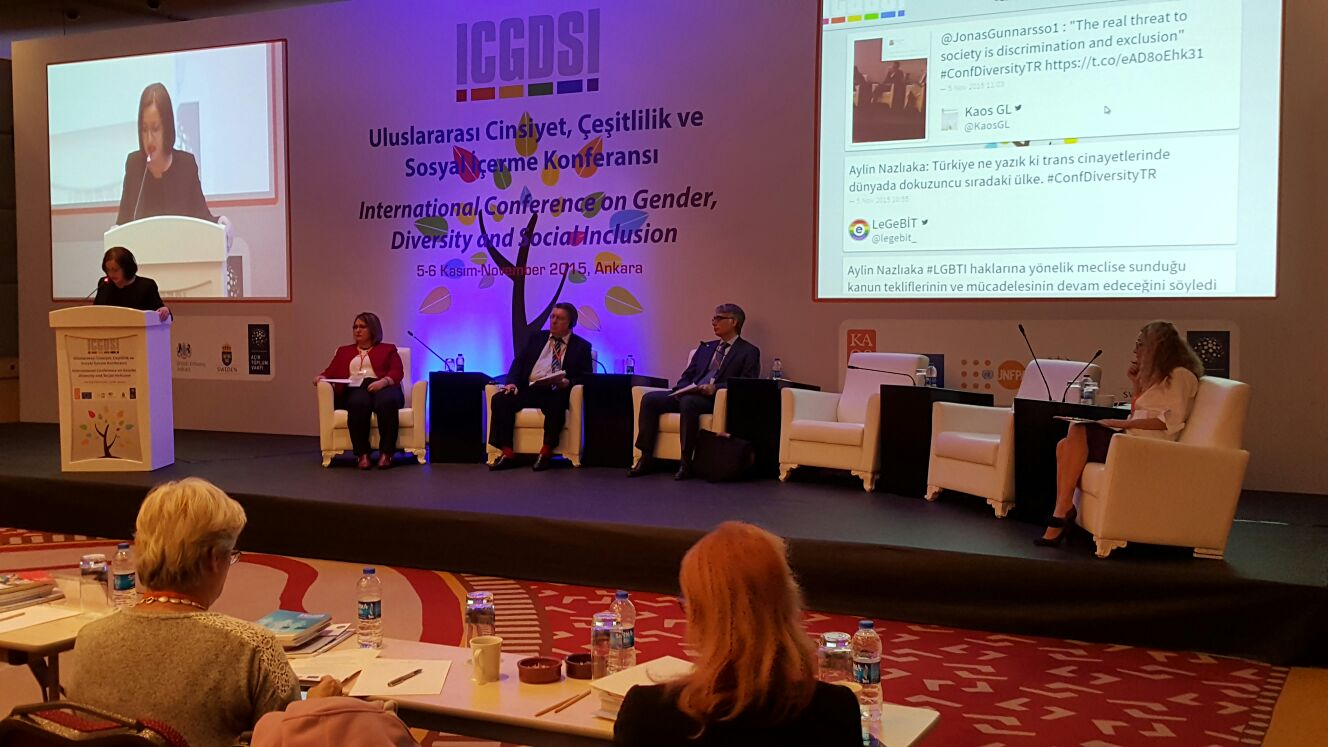 At the second session of International Conference on Gender, Diversity and Social Inclusion, experts discussed the idea of ‘’Supporting LGBTI Rights with Social Diversity.’’

The second session of International Conference on Gender, Diversity and Social Inclusion was begun by the presentation of Dilek Kolat as Senator for Employment, Integration and Women, Berlin. At the session, under the moderation of Prof.Dr Simten Coşar, Yasemin Kotan as Deputy Mayor for Şişli Municipality, Hasan Bermek as Adviser, Office of the Commissioner for Human Rights, Council of Europe and Paul Lappalainen as Senior Expert, Swedish Equality Ombudsman, took part. 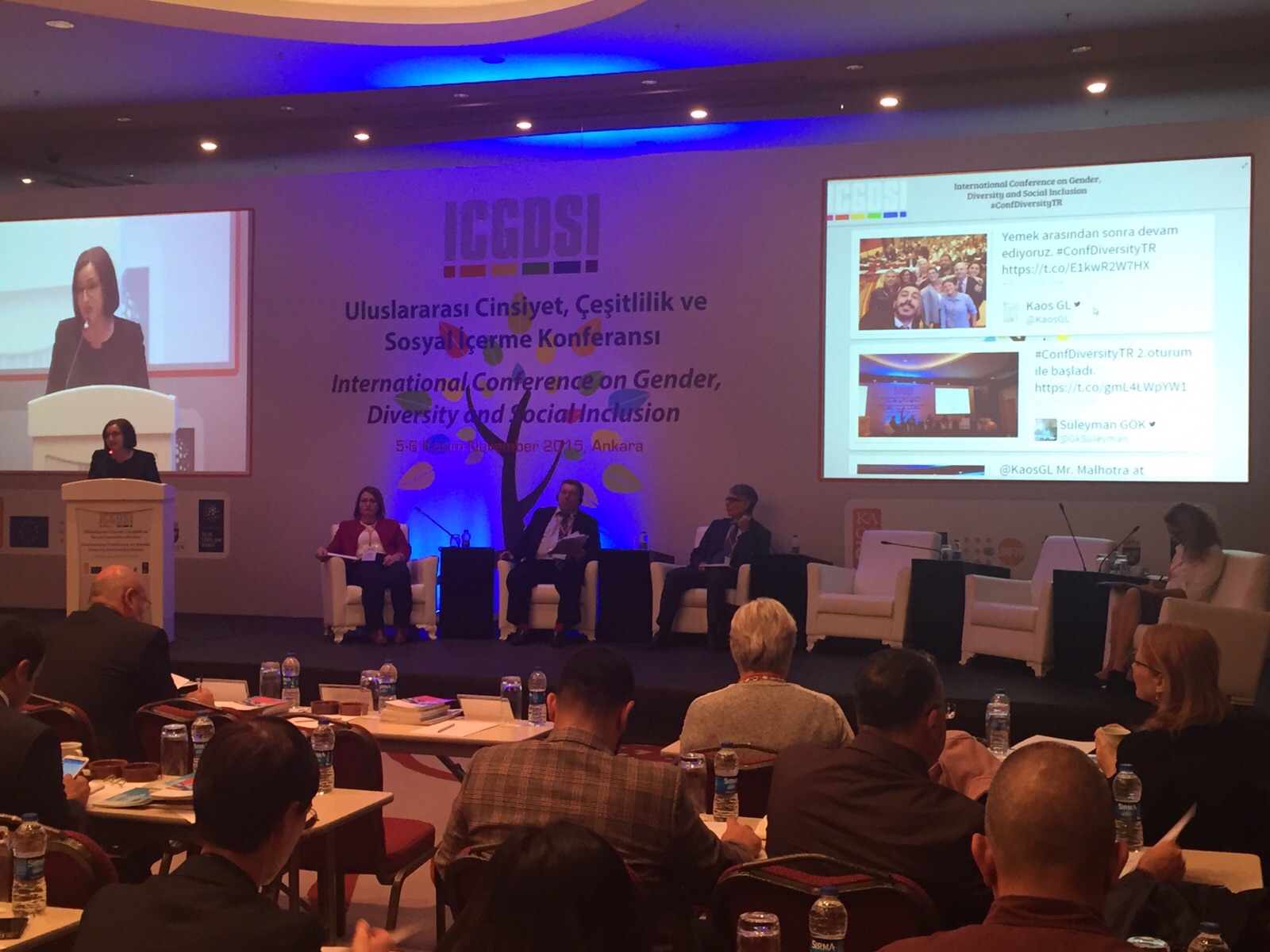 Kolat talked about the present situation of LGBTI people and works of politicians in Berlin:

‘’There has been a gay museum in Berlin since 1985. We have been performing studies on history.  We have a place called Pluralist Habitat for elderly LGBTI people who are in need of help. Not only for elderly people, but also for young gays.  The requirements of LGBTI people change as they grow older. We have Rainbow Family Center because of the rising wish of LGBTI people on founding a family and it was built on this purpose.

‘’We take actions against discrimination and violence. We have an extensive advice centers. We are trying to bestow hand on them when they are subject to violence.

‘’Third subject is equal rights, legislations to end negations in society and of course we have aims and demands. There are the things happened in Nazi Germany. There are massacres in prisoner-of-war camps. Men were being punished if they were gays. All trials from Nazi Germany are removed. There are also people who are put on trials and we are working on it comprehensively.

‘’The referendum in Ireland also had an influence on us. The conservative party is in coalition with my party. We have reached to the break point at this issue. We have stated that our will on legitimizing same-sex marriage in Germany. Unfortunately, coalition was almost ended because of the dispute. At last, this decision was accepted in Germany. Germany Constitutional Court made lots of decisions and we will continue to our challenge." 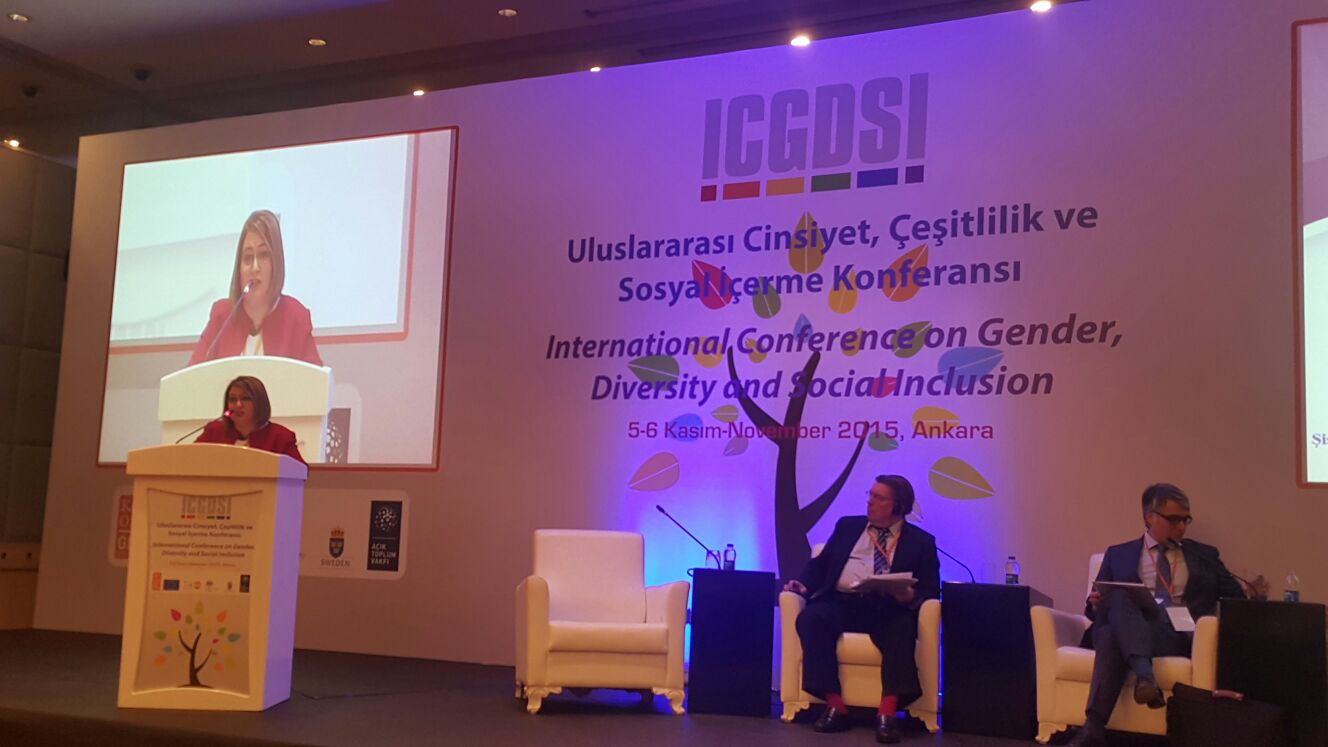 Kotan stated that LGBTI people need to take advantage of their rights just like everyone else and the hardships they deal with in public space. She also expressed the works of Şişli Municipality on LGBTI people are sped up.

Kotan said that they have started working on this issue in 2014 and ‘’LGBTI Friendly Municipalism’’ of SPoD is the breaking point. She talked about the period of time in which Boysan Yakar was employed as Chairman Advisor by Hayri İnönü, the Mayor of Şişli Municipality.

Kotan also mentioned that all associations were invited while the strategic plans of Şişli Municipality were being prepared.

‘’Structural policies should be enhanced in local authorities’’

We have arranged special working hours for LGBTI people in healthcare field. We have started offering free medical service to LGBTI people. Our municipality is able to test for HIV for free along with other medical screenings.  850 people benefits from this service. SPoD offered health education for LGBTI people.

‘’In local authorities, all kind of stereotypes must be demolished by structural policies. We also work against the segregationist, homophobic policies.’’ 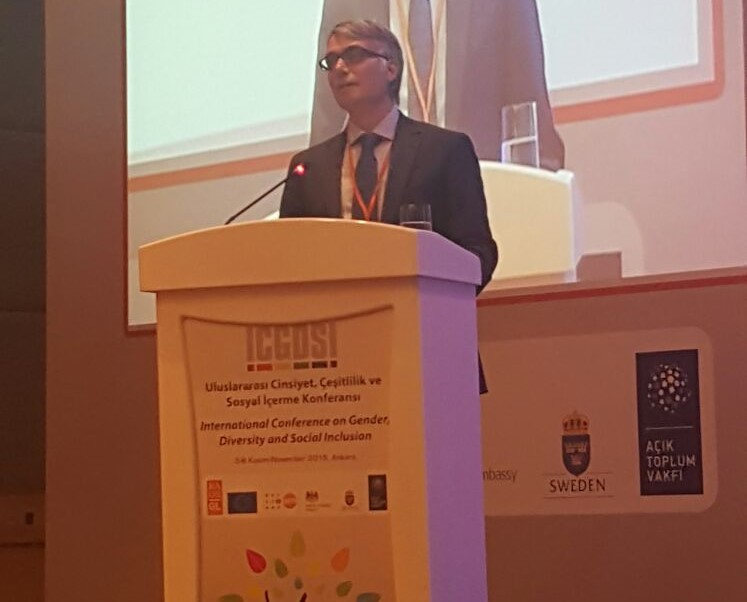 ‘’There are homophobic and transphobic discriminations all over Europe’’

Later on, Hasan Bermek took the turn as Adviser, Office of the Commissioner for Human Rights, Council of Europe.

Bermek emphasized the speech of Nils Muiznieks who is Commissioner for Human Rights of Council of Europe. He added:

‘’I’m going to talk about Commissioner for Human Rights of Council of Europe. A group of 20 people gets selected once every six months. Especially European Court of Human Rights, the main purpose of council is to raise awareness, draw attention to problems, give advises to countries, cause pressure to change about European standards. Commissioner is really independent. Commissioner only chooses which issue is foremost or which country to begin.

‘’There is a report about Intersex people’s rights lately. This report which includes the discriminations on sexual orientation and gender identity became reality with the cooperation of Kaos GL Association. There are homophobic and transphobic discriminations all over Europe. The source of all those discrimination is stereotypes.

‘’There are mutual reasons: National values, public order and religions. Being gay in Armenia is something against to national values. It’s seen something against to moral values. Even the existence of LGBTI people is defined as an attack to family. They are expected to hide. Especially in patriarchal societies in which the role of woman and man is so different and violence is something normal, there is no way to question heteronormativity. LGBTI people are defined as sinners or enemy of religion and this is what creates the bad perception. In Slovakia report, we witnessed a campaign full of hatred was being supported by an ecclesiastic. Archbishop in San Marino stated that homosexuals are against to ‘’religious and national values.’’ He said gay’s families should not gain recognition legally. Russia stated ‘’It will be understood to religious and national values by believer’’ while blocking Pride March.

‘’The Aim of European Court of Human Rights never changes. It’s all clear. It’s the same not only on religion and ethnic identity but also on gender and sexual orientation.

‘’LGBTI people have the right to take advantage of their rights just like everyone else but it’s all in theory in an environment of stereotypes which states show no interest in them. Associations like Kaos GL should be supported in terms of visibility. Especially children should be educated with objective and healthy information in schools.

The criticisms Turkey receive on discrimination issue are the laws and police’s attitude towards to transgender individuals. Last of all, Commissioner reacted to the attacks to Pride March. On this subject, we care about the cooperation with LGBT associations.’’ 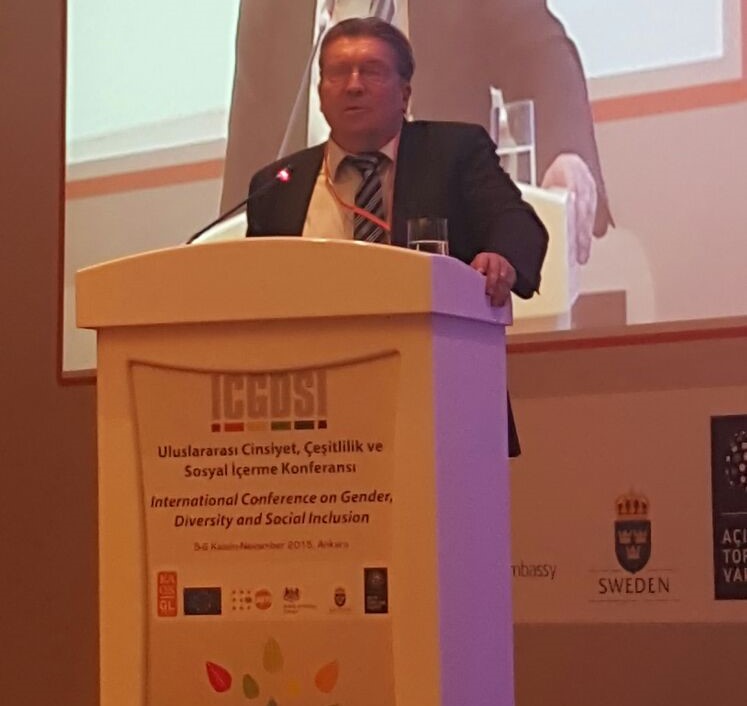 ‘’Stereotype can only be changed if there is punishment’’

‘’I will talk about local governments. LGBTI associations have started to repress politicians. There were lots of rivalry, it was thought that it’s something to overcome. These campaigns caused lots of changes in states. There is a progression even though most of them still ban same-sex marriage.

‘’We need an extensive regulation dealing with rights. All these statements will stay as something beautiful without a regulation. Rejection of discrimination in Sweden was one of the agelong problems.

‘’Stereotype can only be changed if it’s punished. Freedom is a problem for all of us including LGBTI people’s rights. Apart from that we can face with stereotypes in anywhere, as employer, as civil servant, in schools. Different contracts get prepared for different people. There are discriminations on the question of who is going to be chief or when to get salary.’’

At the Questions and Answers part of the session, the LGBTI policies of Şişli Municipality and local governments were discussed.