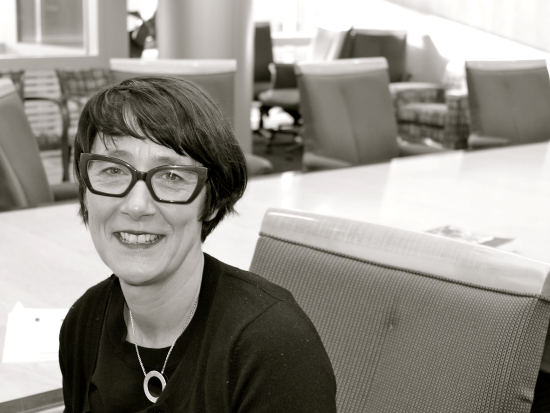 Canadian academic Susanne Luhmann will bring a critical perspective on safe space campaigns at the 10th International Anti-Homophobia Meeting.
Susanne Luhmann, chair of the Women’s and Gender Studies Department at the University of Alberta, will give a speech on May 17 as part of the Kaos GL Association’s 10th International Anti-Homophobia Meeting in Ankara.
Luhmann invites to trace the history of “safe space” and safety discourses to show their conservative roots and potentially conservative effects:
Unsettling Queer Pedagogy: New Dilemmas in Anti-Homophobia Education
“Safe space” campaigns have become quite ubiquitous on North American campuses. On first glance, it seems hard to argue with the overall aim of such campaigns, which, according to the campaign literature, is to create “safe places – physically, emotionally, and intellectually – for sexual and gender minority students, faculty and staff” on campus. In this paper, I take a closer look at the pedagogical assumptions that underwrite these campaigns and discuss their wider effects. I do so, first, by tracing briefly the history of “safe space” and safety discourses to show their conservative roots and potentially conservative effects.
I then turn to the question of pedagogy proper to argue that the affective and psychic dynamics at stake in learning contradict the kind of safety “safe space” campaigns promise. This builds upon my earlier work on queer pedagogy (Luhmann 1998) and the argument that queer pedagogy is deconstructive rather than affirmative of gendered and sexual identities and identifications. Along those lines, I show that, at least affectively, learning that implicates the learner is inherently “unsafe,” even dangerous, at least to the ego.
In a third move, I turn to recent work in Indigenous studies to argue that a pedagogy of “safe spaces” would require to un-settle the settler colonial state, which is built upon the erasure of Indigenous people, enforces a compulsory heteropatriarchial gender regime, and eradicates alternative sexual and gender arrangements.
By way of conclusions, I suggest to replace the discourse of safe(r) spaces in favour of a renewed commitment to social justice for all, such commitment would well exceed the kind of individual safety promised by safe space campaigns and their commitment to self-expression “without fear of judgment or criticism, and [for] have[ing our] concerns addressed and needs supported by all University employees, policies, procedures, and facilities.”
Related news:
“Queer Bathroom Stories” to be told in Ankara
Let’s meet at the 10th Anti-Homophobia Meeting!