Seen From Senate: Begining Of A Civil War In Turkey?

Esther Benbassa, from the Green Party of France, writes on the recent situation of unrest in Turkey and questions a possible civil clash. 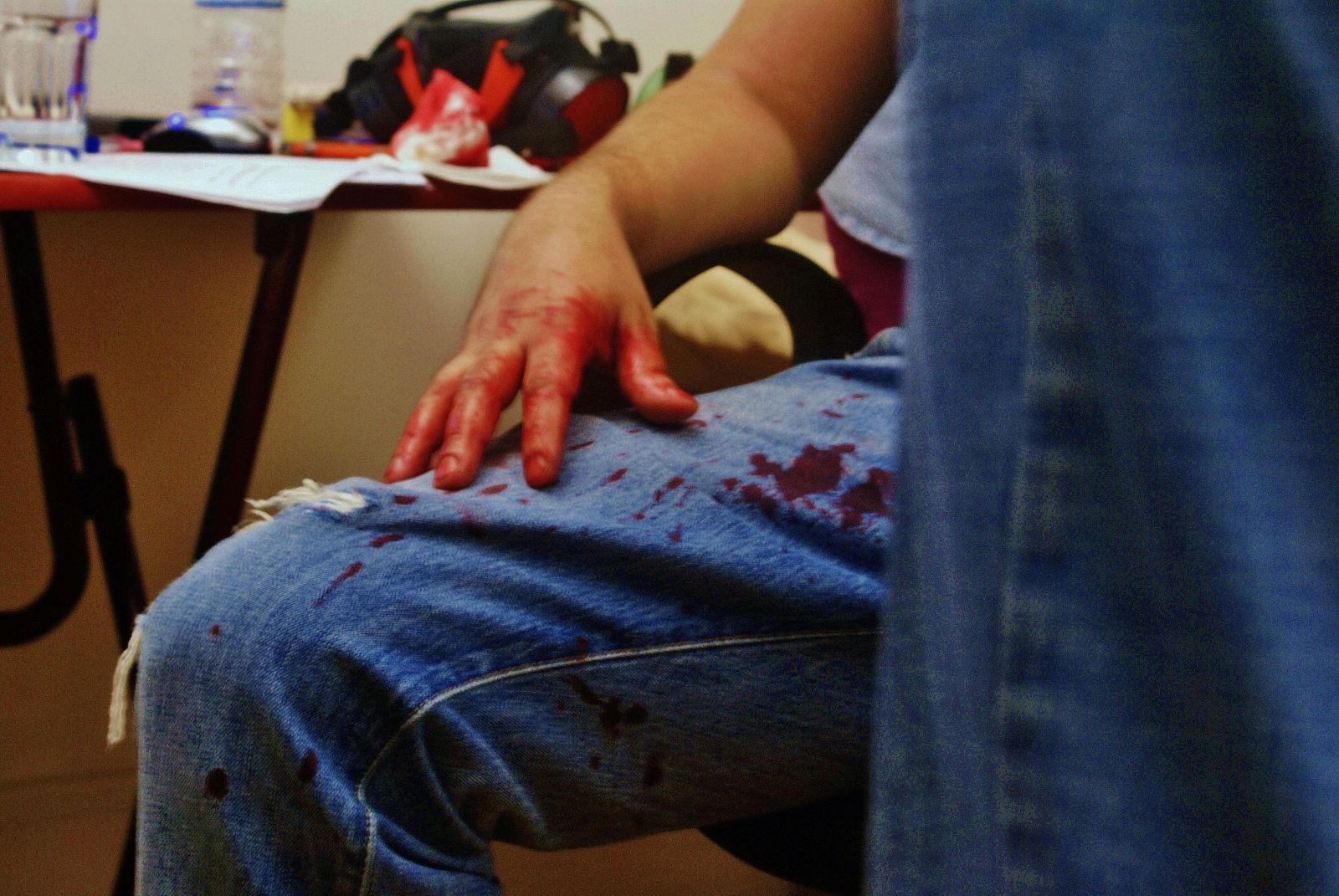 Esther Benbassa, from the Green Party of France, writes on the recent situation of unrest in Turkey and questions a possible civil clash.

Erdogan’s past two meetings, Ankara on Saturday and Istanbul on Sunday,  the tens of thousands of supporters who came (who were brought) from all over Turkey and the Prime Minsiter’s  inflammatory speeches encouraged by his past electoral scores, none of these augur for happy upcoming days(1).
Exceptional violence
Repression in Taksim, on Saturday night, gave wings to Erdogan and went far beyond the limits of the historical square, expending to residential neighbourhoods in the north. Water cannons and tear gas attacks have made hundreds of injured in Istanbul. Police forces have chased wounded people up into hotels where they were seeking refuge in attempt to escape exceptional police brutality. Traffic had been forbiden between Asia and Europe, people coming in support to protestors were trying to join them by crossing bridges on foot. Media organs being under censorship, only one private chanel unabled to follow what was going on.
Communication is now made through social networks. Nobody knows the exact number of dead people in Ankara and Istanbul. In any case, Saturday night has been dramatically and exceptionally brutal.
A rethoric that breeds murder
In the column of Yeni Safak, AKP’s newspaper, articles reporting Erdogan’s speech are written in a way that encourage the growth of anger among the PM’s troups. One must submit to God, not to those provocative individuals that have plundered all retail shops around Taksim ! Those are the kind of individuals that don’t let girls wearing headscraves, that oppose to the opening of religious schools, that prevent students from entering universities with their head covered. Those protesters are said to have raped a young woman and molested women and their babies (all the victims wearing headscarves). Those protesters are said to have entered mosques with their shoes to drink alcohol inside...
The Prime Minister implores God to preserve unity of the people, calls to resist by prayer. How would the faithful resist to combat for the protection of a religion awfully trampled on by the protestors, after having heard such speeches ? Dangerous game though. Risks of clashes are real. It could soon lead to civil war. 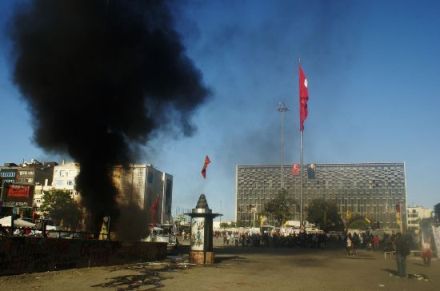 Conspiracy obsession
Yeni Safak’s rethoric swings between religious formulas calling God to rescue and sentences – more classical – inspired from traditional nationalism. And it has, for a while, been attacking the « interest lobby ».  Behind this of course, the Isreali and the Jews are to be seen. On June 16th, AKP’s newspaper refers to an American think tank, supported by AIPAC (American Israel Public Affairs Committee), a pro-Israeli pressure group, that is said to have organise a meeting, three month ago, in order to find ways to lead groups of young apolotical individuals to take to Turkey’s streets. Thus, the journalist concludes, from that very moment Erdogan was aware of what was going to happen in Istanbul.
Neoconservative Jewish Americans are said, in fact, to be the backbone of what stands for a total plot. Among the conspirators, Donald Rumsfeld, Paul Wolfowitz, Bernard Lewis, Elliott Abrams, Richard Perle, etc. That (pro-)Israeli lobby has reportedly initiated such offensive to « avenge » the Mavi Marmara case. This case was named after the Turkish boat that tried, in 2010, to break the blockade of Gaza, before being attacked by the Israeli government to prevent it from docking. In addition, call for support to Gezi park published in the New York Times are reportedly financed by a pharmaceutical company of « Rafagen Jewish capital ».
Actually, It would not be the first time that a neoconservative lobby is presented as the origin of a plot targetting Turkey. The newspaper refers sometimes to Hudson Institute, sometimes to the American Enterprise Institute (AEI). But it’s not only them. The Armenian lobby from Los Angeles and San Francisco, which is preparing to commemorate the 100th anniversary of the Armenian genocide and has started raising founds in that purpose, is also said to have hold not less than 51 meetings with the Jewish lobby.
Erdogan defying Europe
One may imagine how concerned Jewish and Christian minorities, in Turkey, must be over those developments. Far beyond this modern version of The Protocoles of the Elders of Zion, which boosted antisemitism in the early 20th century ; it is Europe and even the West, that Erdogan is defying by ignoring their call for self-restraint. 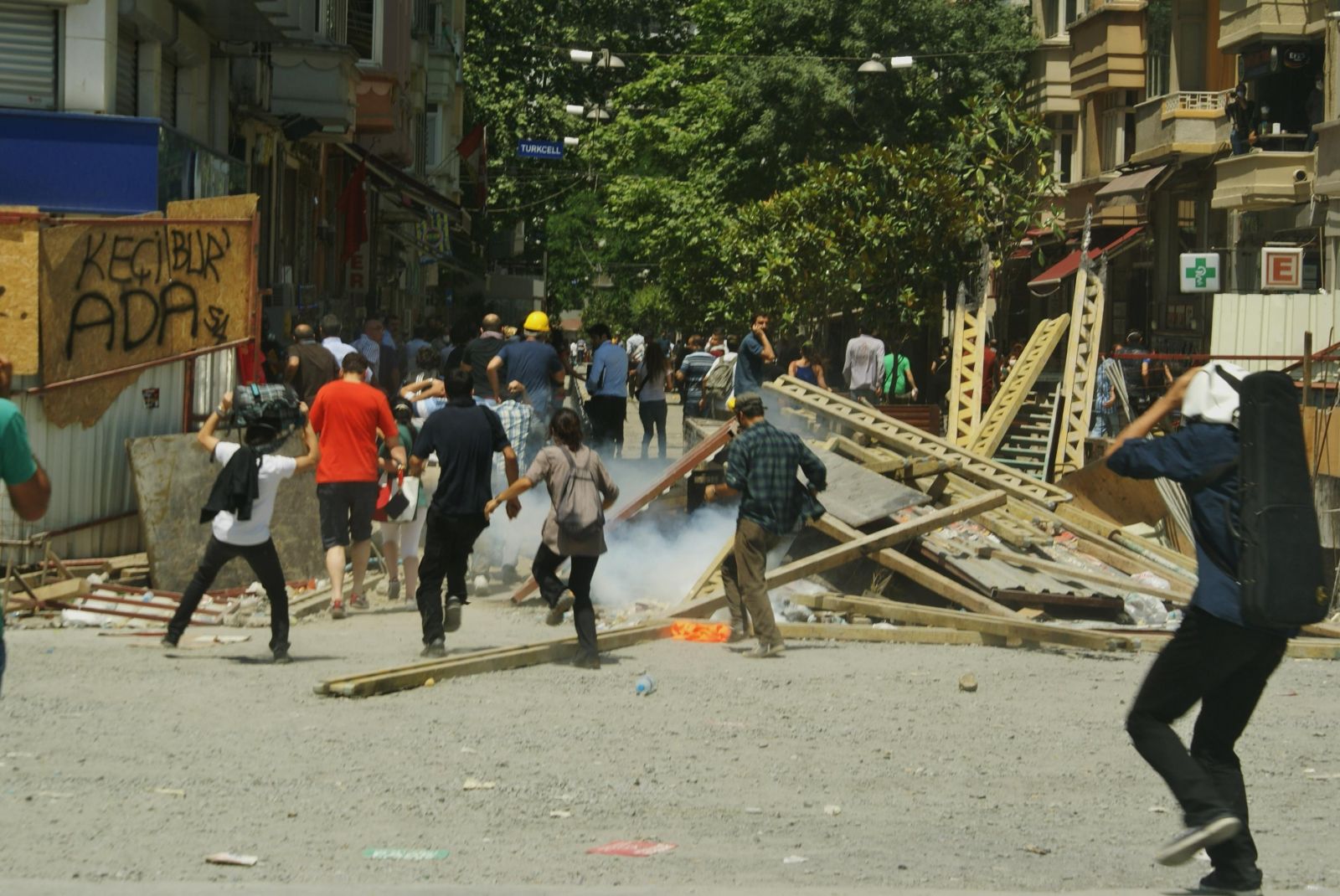 The « green sultan » – autoritarian and suspicious – is aiming at gathering the masses composing his electorate, who are patiently taught to abhor Western countries as well as Turcs that have chosen a western lifestyle (not that these Turks are less Muslims than the former, nor that they disavow Islam which they chose to practice or not). If recently, the seperation between both components of the population was still unclear, today it seems less blurred.
Those young educated, from middle or upper middle class, who know the West and have studied their sometimes, wanted to say no to a PM’s policy revealing autoritarian and hostile to freedoms. At times, they call this policy the « One minute » in reference to Davos 2009, when Erdogan had urged a minute – with the two English words he knew – to raise the Palestinian issue in the face of Shimon Peres.
Actually, there is nothing in common between this upset multilingual youth and Erdogan who grew up in one of the poor neighbourhoods of Istanbul. This latter has attempted to conquer the cities of the poor and uneducated population by using a social and generous Islam, he succeded. Economic growth – that has also benefited the lower classes – had momentarily made middle and upper ones stand Erdogan’s conservative Islam and archaic regime, even though such acceptance didn’t mean support to the new lords of economy in the PM’s entourage.
Today, it may well be considered that Islamo-conservative democracy in Turkey has come to an end. Or maybe it never really existed. Maybe it was just a sham, as long as there was a hope for Turkey to join Europe. A membership – highly desirable – that has long been supported by a huge part of Turkish society.
The situation provides for many signs of its possible worsening, in a conflict that is also opposing  social classes. On 17th, unions have called for a general strike. Duty to monitor closely the situation’s evolution is now placed on Europe and all European political parties. Further events  might regrettably turn out bloody. The army, beheaded from its original leaders, replaced by new ones close to the power, is waiting and ready to put down the rebellion at any moment. Even though protestors eventually go home, as proposed by some intellectuals, the clash will just be postponed.
Translated from : http://www.huffingtonpost.fr/esther-benbassa/violences-en-turquie_b_3452063.html
Translated by : May Bindner
Notes:
1.       http://www.huffingtonpost.fr/2013/06/17/turquie-erdogan-coup-force-contre-manifestants-appel-greve-generale_n_3451955.html