Statement from LGBTI+ associations about METU and Çanakkale: We will win together

“We stand by METU LGBTIQAA+, queers from METU and all Pride marches, as LGBTI+ associations” 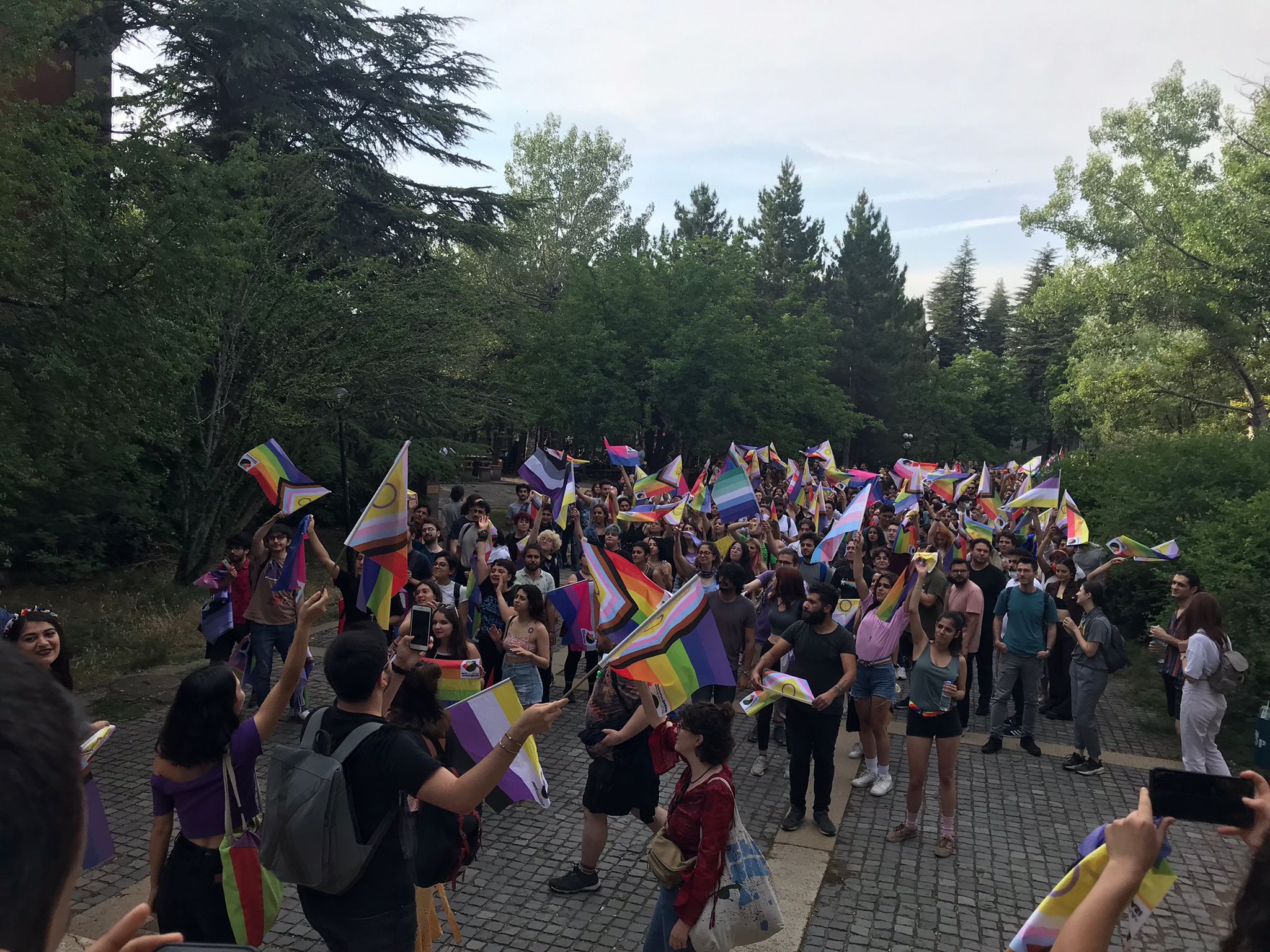 Having condemned the police attacks, LGBTI+ organizations urged all right organizations and right defenders to fight against the attacks targeting LGBTI+ human rights.

“We condemn police attack to 10th METU Pride March carried out in June 10, on Friday and the unlawful ban decision related to Çanakkale Pride March which will be carried out in June, 17, as well as hate attacks and targeting. We urge all right organizations, right defenders and public to be shoulder to shoulder against attacks targeting LGBTI+ human rights.

Violence and torture we were exposed to in METU campus on Friday are the dead spit of the unforgettable experiences in 2019. Pride March had been banned by METU Rectorate, the police, who entered in the campus upon the request of Rectorate, had attacked Pride March, prohibition of torture had been violated and LGBTI+s had taken into custody by battering, in 2019 as well. Then an annulment action had been filed against unlawful ban decision of the Rectorate, by LGBTI+s and the ban decision had been ruled absolutely unlawful by Ankara Administrative Court and Regional Administrative Court. And 19 detainees, who had been on trial, had taken acquittal on the grounds of peaceful feature of Pride March.

METU Rectorate insisted on acting against human rights once again, today. Rectorate announced that they would not allow Pride March via an e-mail sent to METU students three days before the march. Public, particularly components of METU and right organizations, made a call to remove the decision. Despite all appeals, university administration did not give an inch and METU campus witnessed police torture against LGBTI+s once again. 38 people were taken into custody with rear-handcuffing and many participants were exposed to torture at the police attack which aimed to prevent 10th METU Pride March. Police forces used rubber bullets and tear gas by pointing out students as a target, during the attack. Having overflowed the march area, police violence spread to classrooms and the library. Police went on taking into custody inside the building by using tear gas there in as well.

Despite all police violence and torture, METU students went on being all parts of the campus with their slogans, marches and press statements.

Çanakkale Pride March, which is planned to be carried out in June 17, was pointed out as a target openly via social media, within the same day. LGBTI+s, who are targeted openly in an atmosphere where hate speech smelt to high heaven, go on fighting. We know this hate speech and we clamor against criminalizing our existence.

As LGBTI+ organizations; we stand by METU LGBTIQAA+, queers from METU and all Pride marches. We salute all LGBTI+s, who didn’t abandon fighting despite violation of their rights since 2015, and we declare that we will continue to take strength from each other and we will win together as a result of our growing struggle, once again.”