Symbols of the Fight Against Homophobia

Today is May 17, "International Day against Homophobia". Baki Koşar and Ahmet Yıldız cases are important symbols as well as many undisclosed LGBT murders in Turkey. 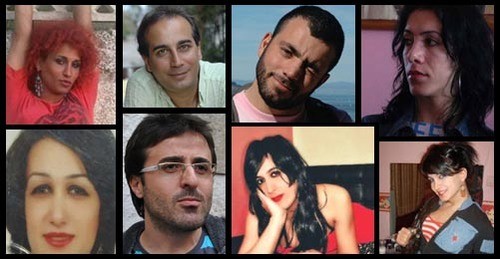 Do you know Baki Koşar and Ahmet Yıldız?
Do you know  many teachers, police officers and football referees in Turkey are banned to perform their profession with no rights to appealas they are "homosexual"
International Day Against Homophobia and Transphobia - (IDAHO) is held on May 17 every year. May 17 was chosen as the day of the event because homosexuality was removed from the International Classification of Diseases of the World Health Organization (WHO) on May 17, 1990.
Although the fight against homophobia is recognized by many countries and could come up as universal value, it’s not easy to erase homophobia from the minds of people totally.
Many LGBT individuals are still being murdered or discriminated in daily and professional life in Turkey based on their sexual orientation and gender identity.
Baki Koşar and Ahmet Yıldız cases have symbolic importance as well as many undisclosed LGBT murders in Turkey.
These are the stories of LGBT individuals who are exposed to discrimination in Turkey:
Baki Koşar murder
Journalist Baki Koşar was murdered on 22 February 2006 at his house in İstanbul. The reason of the murder was understood a few days after the incident: Koşar and Serhat B met through the internet and Koşar invited him to his house.Serdar B stabbed Koşar to death inflicting 27 stab wounds.
The murderer who was arrested in Muğla told that Koşar offered him anal sex and he benefited from "unfair provocation abatement".
"A Struggle Week against Baki Koşar Hate Crimes" is being organized by the Black Pink Triangle LGBTT organization in İzmir since 2009.
Ahmet Yıldız murder
Ahmet Yıldız, student at Marmara University, Department of Physics, was murdered while he was sitting in front of a cafe in Üsküdar on 15 July 2008. It’s claimed that he might be killed by his family as he declared he was gay. The owner of the cafe, Ümmühan Daraman was also injured at the incident.
Ahmet’s father Yahya Yıldız was the most likely suspect as the result of the investigation finalized after 9 months.
You can learn more about the story of Ahmet Yıldız from the movie entitled "Zenne".
Trial of the Football Referee Dinçdağ
Halil İbrahim Dinçdağ was discharged from military service in 2009 on the grounds that "he was gay".
He was forced to end his professional life under the article  "Those discharged from military service due to health problems can not perform football referee profession" of Turkish Football Federation.
The fourth hearing of the trial will be held in İstanbul 20. Criminal Court of First Instance on June, 5th.
Police officer banned from profession
The police officers busted the house of police officer T.B. in 2009 related to a child pornography.
T.B was acquitted following the investigation, but he was banned from profession on the grounds that "being gay is incompatible with government service"
Teacher A.Ş. banned from profession
University student T.B. (19) met with teacher A.Ş (45), tradesman E.B. (27) and sergeant İ.A. (30) through chat sites, then recorded the sexual intercourses and began to blackmail them.
Sergeant İ.A. (30) filed a complaint against the university student as he demanded too much money.
The police officer who arrested T.B. forced teacher A.Ş. to file a complaint against him.
The High Disciplinary Board of the Ministry of National Education banned teacher A.Ş. from  his profession on the grounds that "being gay is incompatible with government service". Teacher A.Ş appealed to district court but the district court dismissed the case. (bianet)