The next hearing of the Pride March trials, in which the students and academicians of Middle East Technical University (METU) are tried, will be held on December 10th, the Human Rights Day. 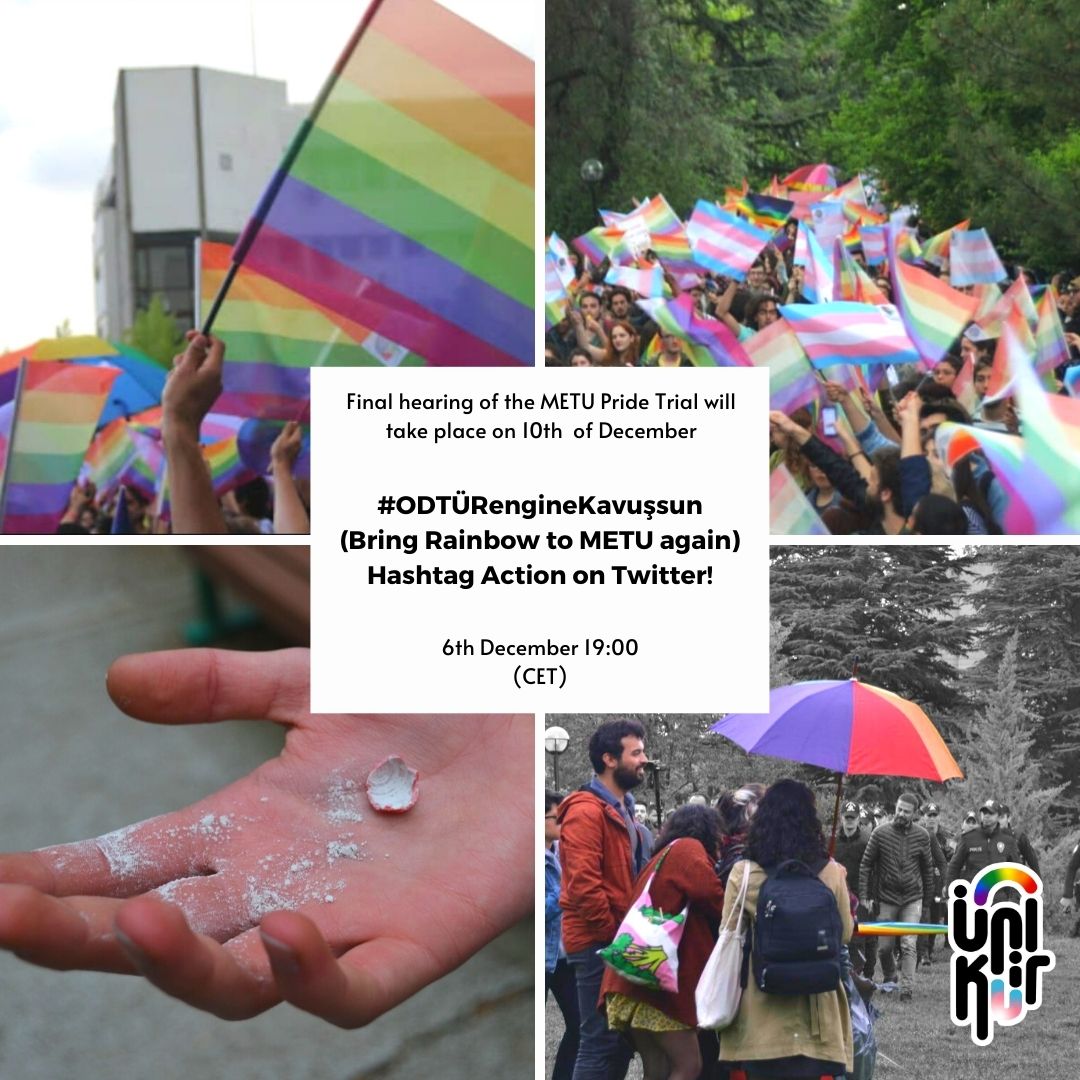 The next hearing of the case, in which 18 students and academicians from METU are tried, will be held on December 10th. LGBTI+ rights advocates expect acquittal at the hearing, which coincides with World Human Rights Day.

Ünikuir Association is running a social media campaign throughout the trials. 5 days before the hearing, Ünikuir made a call on social media to support the campaign, saying "We do not accept the ban, marginalization and trial of the METU Pride March or any Pride March."

A social media demonstration held on December 6th at 21:00 with the hashtag #ODTÜRengineKavuşsun (Let METU get its color back). But still you can support the campaign by expressing your Pride March with videos, pictures, or in words and sharing them with the hashtags #BenimOnurYürüyüşüm (My Pride March) and # ODTÜRengineKavuşsun until December 10th.

Ünikuir's call does not include participation in the hearing on December 10th due to the pandemic but will share the developments on the @unikuir account between 09:00 - 17:00 on December 10th.

What happened in the trials so far?

A lawsuit was filed against 18 students and an academic on the grounds of their participation in the LGBTI+ Pride March held on the campus on May 10, 2019. The second hearing of the case in which students and academicians who had been detained with police violence were tried was held on March 12, 2020 at Ankara’s 39th Criminal Court of General Jurisdiction.

At the beginning of the second hearing, the lawyers requested an immediate acquittal. Upon the rejection of this request, they have requested the renewal of the faulty expert report, re-request of the raw footage from the police, which was previously requested but was not handed before, related police officers to be heard and trials to be heard in a bigger courtroom.

The third hearing of the trial in which LGBTI+ rights advocates were tried for violating the law on meetings and demonstration marches was on July 10th. The hearing had been postponed to December 10th.

CLICK HERE - METU Pride March trials: Our students were beaten but now they are on trial!