The politics of Pride and Mexico’s 2 marches

Two different pride marches will be held in Mexico City this month due to organizers’ discrepancy over political and economic interests. 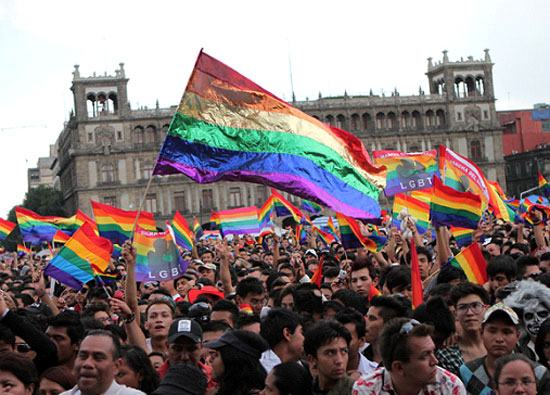 While for many cities around the world the complications of obtaining a permit to show public support towards the LGBT community seems almost like an impossible task (ex. Moscow), Mexico City will be holding not only one but two pride marches this year.
This twofold celebration is not the result of a “double” sense of pride or even an overflow of attendees, but rather -unfortunately- the consequence of internal power disputes fueled by political and economic interests, which has developed into a full-blown scandal.
The “XXXVI March of LGBTTTI Pride and Dignity” was held last Saturday June 2nd, and the “XXXVI Historic March of LGBTTTI Pride” is scheduled for next Saturday June 30th. At the core of this divergence revolves the meaning of what the pride parade in itself is all about: either a celebration commemorating the beginning of the LGBT rights movement dating back to the 1969 Stonewall riots, or a massive commercialized event in which entertainment for the sake of our “pride” seems to be the only driving force. Or maybe even both. 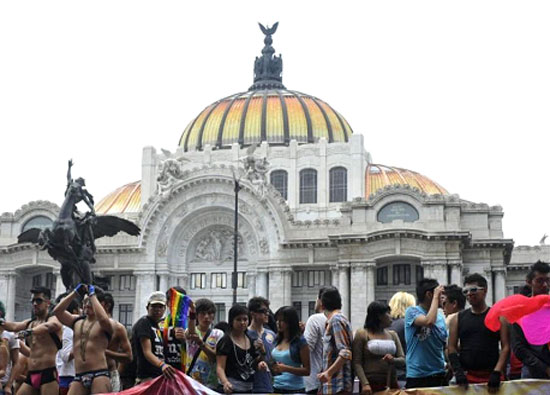 Historically, Mexico City held its first pride in June 30th 1979. Since then, the last weekend of June has witnessed this event unfold continuously, reaching an average attendance in the tens of thousands in recent years. According to the Chamber of Tourism, the economic impact of last year’s march for the city was around 2.2 million US dollars, although many consider this a conservative calculation.
Following tradition, this year’s celebration was schedule to end on Saturday June 30th, a day before the already agitated country’s presidential elections. This unique coincidence has many implications with the most obvious one being a ban on alcohol consumption the day before ballots, which would put an end to the -almost imperative- nightlife celebration. 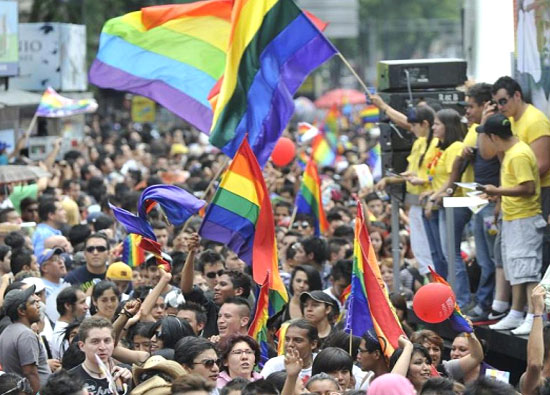 This year’s organizing committee, led by businessman Jorge De La Rosa, thought appropriate to change the date to June 2nd in order to “complement the Gay Soccer Worldcup events” being held also in Mexico City. A branch of the committee did not agree with this shift so instead they decided to go on with their own historic march on June 30th, accusing Mr. La Rosa of being driven by economic interests and support from the nightlife venues.
Another important difference in opinion related to the permission being granted to political parties to participate in the march. Due to election rules, candidates and their parties are not allowed public promotion in the last days before the ballot, so they would not have a space in the June 30th march. On the other hand, Mr. La Rosa is allowing some of these parties to join but only at the end of the parade. 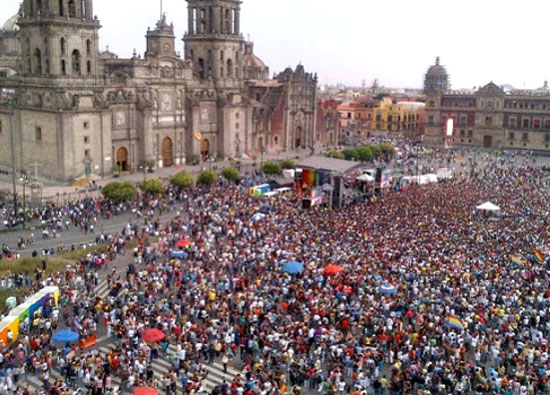 Although it is not the first time that different marches have been organized for one or another reason, it is the level of negative discourse against each other that has caused a lot of media attention.
Anthropologist Xabier Lizarraga, one of the first participants in the 1979 march, believes that the situation is not a bad as it is portrayed. “Like in any other social movement, the LGBTTTI does not respond to one sector of the population neither monolithic nor univocal, and like any other sector we do have ideological differences, more or less valued objectives, and diversity of strategies”, he said.