The Regional Network to Declare Its First Annual Memorandum!

LGBTIQ organizations in 18 countries from the Middle East, the Balkans, North Africa and Caucasus declare its first Annual Memorandum in dedication to IDAHO. 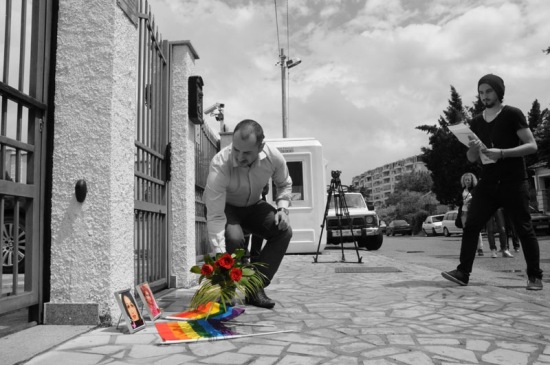 LGBTIQ organizations in 18 countries from the Middle East, the Balkans, North Africa and Caucasus declare its first Annual Memorandum in dedication to IDAHO.
“The Regional Network Against Homophobia”, established in May 2011 with the participation of LGBTIQ organizations and initiatives in the Middle East, North Africa, the Balkans and Caucasus, is declaring its first Annual Memorandum on how the year of 2012 looked concerning the LGBTIQ people’s human rights in 18 countries: Albania, Algeria, Armenia, Azerbaijan, Bosnia and Herzegovina, Croatia, Egypt, Georgia, Greece, Iraq, Israel, Lebanon, Macedonia, Montenegro, Palestine, Serbia, Tunisia and Turkey.
This Memorandum is a true summary of the large scale of homophobia and transphobia which ranges from criminalization and executions to condemning LGBTIQ society in the name of religion, morality or even “fighting capitalism”. The highlighted concerns bring special attention to criminalization of homosexuality and cross-dressing, hate crimes and speeches, usage of homosexuality in media to oppress opposing political and public figures, anal and vaginal examinations and arbitrary detentions, scapegoating LGBTIQ communty for economic problems, and racist politics that legitimize homophobic and transphobic regimes.
Each country expresses unique challanges from their local windows and underlines their demands in order to live not only in equality but also in joy and dignity that come with our sexual orientations and gender identities.
The Network, which aims to stand up against similar political patterns and break mental and physical borders that separate us, stands against homophobia and transphobia as well as sexism, nationalism, militarism and religious conservatism that perpetuate the heterosexist ideology.
The Memorandum will be released via kaosgl.org as well as by IDAHO Committee on May 13, Monday. It will also be given visibility in the IDAHO event programs of various Network member countries.
For more information:
Kaos GL, Nevin Öztop – nevin@kaosgl.org / Turkey

“The Regional Network Against Homophobia” Coordination