The Struggle Against Homophobia: From Illness to Ideology

A panel discussion on ‘Homophobia from illness to ideology and the struggle against homophobia’ was held by the Ege University Philosophy Union. 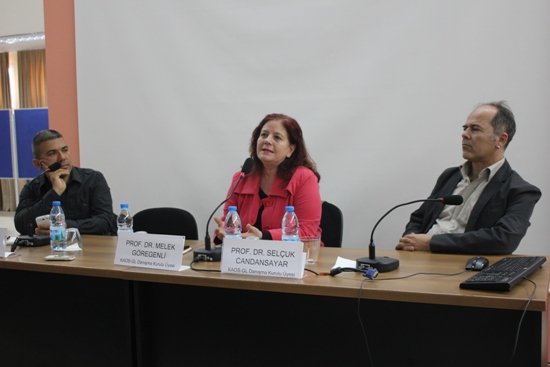 A panel discussion on “Homophobia from illness to ideology and the struggle against homophobia” was held by the Ege University Philosophy Union. The members of Kaos GL Counseling Commission, Prof. Dr. Melek Goregenli and Prof. Dr. Selcuk Candansayar, and an activist from Kaos GL, Ali Erol, attended the event which took place in the Exhibition Hall of the Faculty of Literature. During the event, topics discussed included the bases of homophobia, body politics, regulation of sexuality and the struggle against homophobia.
Pleasure is a revolutionary intervention
Prof. Dr. Candansayar pointed out that power sanctifies all forms of ownership; the family, reproduction, monogamy, and private ownership, and also controls society by means of reproduction and added, “We make a revolutionary intervention in power when we offer pleasure without the need for reproduction, knowingly or unknowingly.” Candansayar emphasized that any type of governmental power would desire to control sexuality the most, and said that the way to achieve this goal is to “produce the harmful enemy.”
Homophobia: “Whoever is not like me harms me”
Candansayar talked about the concept of homonegativism and he reminded people that homophobia is basically a type of fear, with people having the idea that “the others who are not like them” could harm them. Candansayar explained: “Homonegativism is a thought that supports the idea that “those who are not like me should not have the same rights as I have. The main frame connecting these two concepts is heterosexism. Heterosexism is the framework defining these two concepts. And the term heterosexism refers to the notion that those who are like me are natural, normal, healthy and, consequently, superior.” Candansayar noted that the mechanism of power has sought to take sexuality under control since the time when the relationship between the oppressor and the oppressed was first formed and pointed out that power construes sexuality solely as an act for the purpose of reproduction. 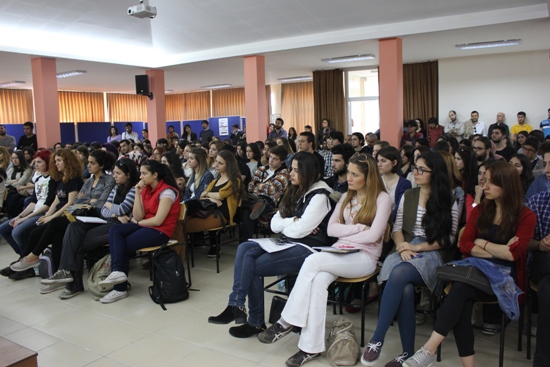 ‘Crime, Sin, Illness’
Candansayar mentioned how power labels non reproductive sexuality as bad, abnormal and wrong and explained how non reproductive sexuality would be defined as “sin” by religion, as “crime” by law, and as “illness” by medicine. During the 19th century, the homosexuals were sent to lunatic asylums in order to be cured, and homosexuality has been considered as illness since then.
“When a woman got pregnant out of wedlock, she would be sent to a mental hospital. Because it was commonly thought that sexuality and pregnancy experienced out-of-wedlock could only be experienced by mentally ill people” said Candansayar. During the 19th century, medicine would consider anything except heterosexuality as illness, even masturbation would be specified as an illness.
‘There is fascism where there are hygiene practices”
Candansayar, who remarked on the relationship between homophobia and power, said that authoritative regimes begin with sexuality to consolidate their power. He noted that one of the first operations of Kenan Evren right after September the 12th Military Coup was to ban Bulent Ersoy from the stags. “The ban was placed on the grounds that Bulent Ersoy would ruin the general morals of society. It is all about sexuality and indeed it is a very strong proof how fascist the coming regime would be.
At the same time non-heterosexual people were forcefully removed from the big cities like Istanbul, Ankara and Izmir in the back of trucks. Candansayar said that this was a matter of hygiene and purification. “There is fascism where there are hygiene practices” she added and highlighted the fact that concepts like hygiene, sanitizing and purification are strongly related with fascism.
‘Conservatism is legitimized through body politics’
Prof. Dr. Melek Goregenli, member of the Kaos GL Advisory Board, noted that conservatism is legitimized through body politics and that body politics is one of the most important instruments of fascism. “Conservatism can be more easily legitimized through the terrain of sexuality and gender, and that is why the struggle against homophobia is also a struggle for liberation for those who are not directly related to this area.”

‘Our sexual orientation is not something like a weekend hobby’
Kaos GL activist Ali Erol who touched upon the struggle against homophobia from past to present said that the current state of the struggle has been the end result of efforts that began by digging in the sand and creating a movement where there was none. “We have encountered many problems along the way”, he added, “but we persisted in our struggle because this is simply our lives.” He said “our sexual orientation is not a weekend hobby like many think it is, but we took ownership of our lives and the struggle grew.” Erol also added, “It is wrong to equate Gezi Protests with the LGBTI movement, however, Gezi is, in a way, the crowning of the movement against homophobia.”
Source: Caylak Haber
Translation: LGBTI News Turkey