This is a fantastic experience!

Desada Metaj, a well known journalist of Klan Television of Albania had the opportunity to participate at the latest gay pride in Stockholm. 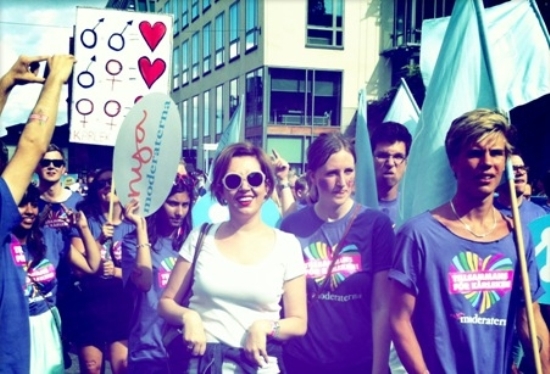