Those prosecuted graduated, however METU case was not able to end: We demand the acquittal altogether! 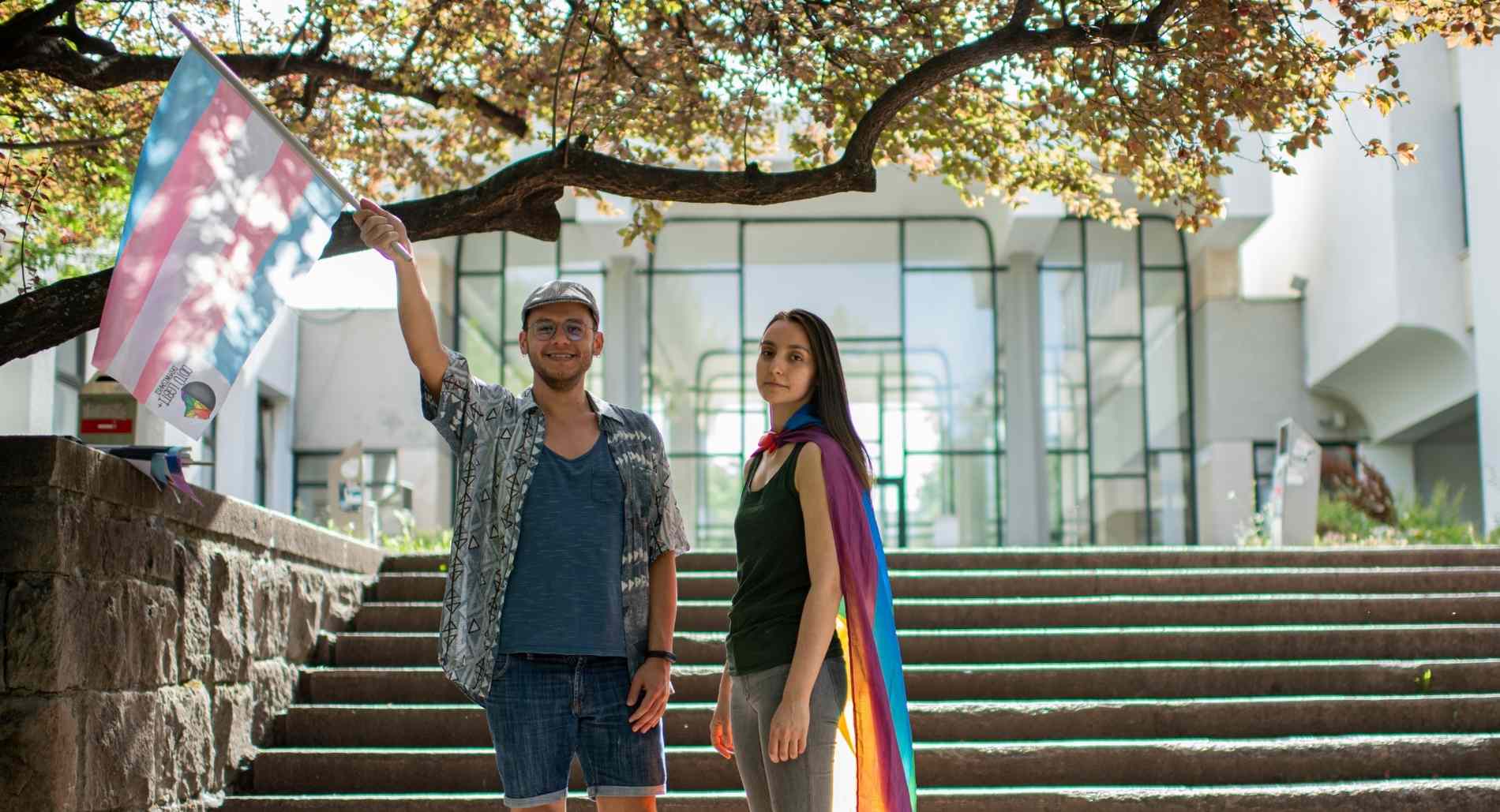 “I have a case with METU even though I have no relation with METU now, I graduated and I was not able enter the campus during the pandemic period.”

These sentences belong to Melike Balkan who was lawed following the custody at METU Pride March in 2019.

The case, in which 18 students and one academic from METU are jugged for participating METU Pride March on 10th May 2019, is dragging on. LGBTI+ activists had to settle in Ankara Courthouse for more than two years.

The next trial of the prolonging case is going to be heard at Ankara 39. Criminal Court of First Instance on October, 8th. It is uncertain whether they will render a verdict or not.

In the prosecutor’s opinion 13 people, including Balkan, are demanded to be punished on the grounds that “participating an illegal demonstration march and not to swarm out of there despite all the warnings and used force by law enforcement officers.”

We have talked Balkan and the other activist Özgür Gür, who is demanded to be punished by the prosecutor just before the next trial of the case.

“Almost all judged ones graduated however the case hasn’t finished, it is dragging on”

Gür says: “I am afraid that it may take another 3 years more, these kinds of cases take years and years when we consider the higher and superior courts.”  remarking the prolongation of the case was wearing. According to him the only positive aspect of this two-year lawsuit process is bringing the discrimination against LGBTI+s up. Balkan also agrees with Gür and says “Almost all the judged ones graduated however the case has not finished yet, it is dragging on. The verdict is always delayed at each court. We are all tired, we are all bored.”

Balkan and Gür are just two of 19 persons who are judged. Gür emphasizes that the case has affected lives of many people: “Although only we two are the ones who are talking and prominent figures, too many people suffered.”

While the case was pending, the Turkish government responded to the letter, which is about police attacks, the cases against LGBTI+ activists, and the rights of the LGBTI+s in Turkey, written by independent experts and special reporters from the United Nations. The Government responded that the METU LGBTI+ Pride March was banned by Rectorship and the police have entered the campus at the request of Rectorship and the issue was not related to governorship;  and denied the police violence, arbitrary detention and trial.

Balkan still thinks that this response, which may be summarized as “Someone started it”, is substantial: “The Government prefers not to respond the questions about LGBTI+s in its relationship with UN.  As for this response, there is a text cogitated over. You can see that LGBTI+s are already equal at Constitution, it is told that they were able to march in some years but they never talk about the banned and attacked marches.” On the other hand, Balkan thinks that the Government accepts the autonomy of universities in return to the Governor’s ban with this response.

The prohibition was canceled while the case was pending

Ankara 7th Administrative Court brought a verdict in the case of METU LGBTI+ Pride March bans while the judgment process of LGBTI+s right defenders is going on. The Court canceled the ban on 9th METU LGBTI+ Pride March. Thus, the court found the decision of Rectorship, to ban the march, claiming that the indefinite ban on LGBTI+ activities, which was imposed by the Governorship of Ankara based on the State of Emergency, continues, unlawful with this verdict.

Referring to the verdict Balkan adds: “We are even bored of demanding acquittal, needless to say we will be acquitted.” Stating that there was not a crime or something illegal and the police violence is proven with recordings Balkan goes on: “We don’t want to go to trial once again.”

And Gür states that they had seen the power of solidarity at this two-year period and adds: “During the trial, LGBTI+ and human rights activists in Turkey and all around the world implied to the Court that our eyes were on you. In my opinion, this is very empowering. We were able to tell what happened in METU Pride March and all the experiences in our daily lives for hours in the courtroom, in a country where even the defenses could not be completed.”

“We found out the torturer police, the Court pushed that off on us”

Balkan also reminds that they were not alone:

“We have been never alone at this process. Whenever I looked around, I was always seeing someone who makes me feel good. We were aware of police violence from the very beginning. Having been taken into custody, everything was clear at the hospital as well, there are video recordings. We tried to find out which policemen used violence. Although we demanded it to be investigated, it is rejected. We tried to find out the names of the policemen for hours. Our all requests about the investigation of the tortures remained unanswered. They saw that they were getting away with the violence used by them. Although we did our best, including the jobs of the Court, we found that it did not work.”

“We demand the acquittal altogether!”

Both Balkan and Gür tell that they were at the Pride March, and this was not a crime, from the beginning at their defense. They also think that this was very important because they demand the acquittal not because of “lack of evidence”, but because organizing a Pride March is a right. They are expecting a decision in this direction at trial in October, 8th. While Gür states “We will take that acquittal and leave” Balkan is adding:

“We invite everyone to the trial, on October 8th, at 10.00, not only to make us feel good but also to indicate that we are together as all queers in Turkey and to express our solidarity. We want to take the acquittal together, celebrate that the pride march is not a crime. We want it for the ones who will hold the next pride marches on in Turkey. We want to get out of the courtroom acquitted.”