Students of Boğaziçi: Those who want to make the LGBTI+’s an object of hate in whole Turkey now laid their hands on the Boğaziçi University too. 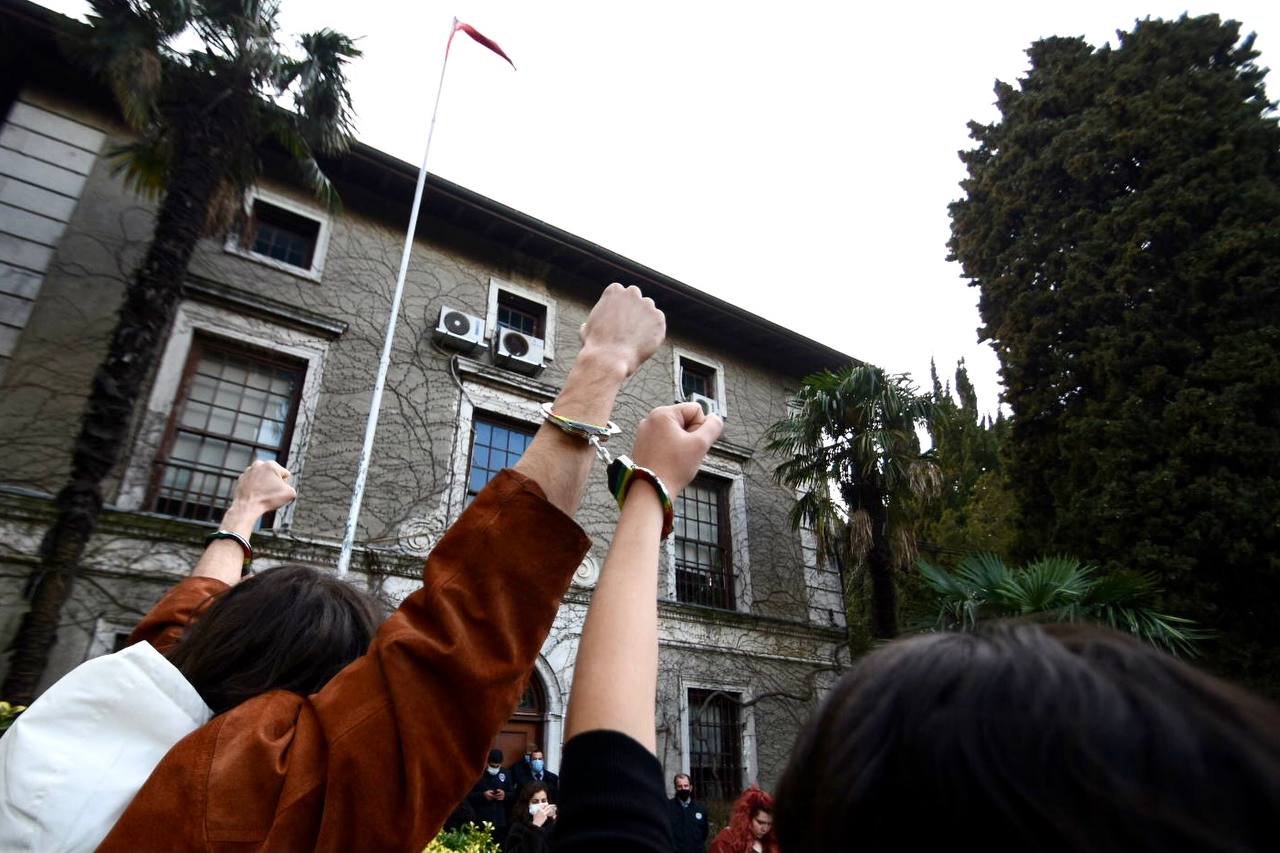 Boğaziçi University students organized a march in the campus on February 8th. The students marched starting from the Rectorate building, which they call "Trusteeship", to the South Gate of the school while carrying banners saying, "We will not look down, we will not accept, we will not give up".

In the press statement they made, the students said, "We have been saying this for a month; our struggle will continue until all the trustees, especially Melih Bulu, are gone."

Students who demanded the release of the arrested students also mentioned the closure of Boğaziçi University LGBTI+ Studies Club in their statements:

Those who want to make the LGBTI+’s an object of hate in whole Turkey now laid their hands on the Boğaziçi University too. The ruling party, which was trying to restrict our freedoms by segregating the society, had our club BULGBTI + closed by the trustee he appointed in order to impose his oppressive policies in our university. We know that Melih Bulu does not have his own will, just like his every proceeding, closing the club was a direct order of the government. However, we LGBTI+ people did not start to exist with this one club. And we will not disappear like that. Every club in this university defending free thought and human rights are the BULGBTI+ clubs. Our clubs have openly declared their support. After establishing an environment of freedom through our resistance, we will reopen our club and restart the Hande Kader scholarship program. If you have a phobia then fear us, because we will not take a step back until the whole Turkey start to live in equality, not just Boğaziçi. 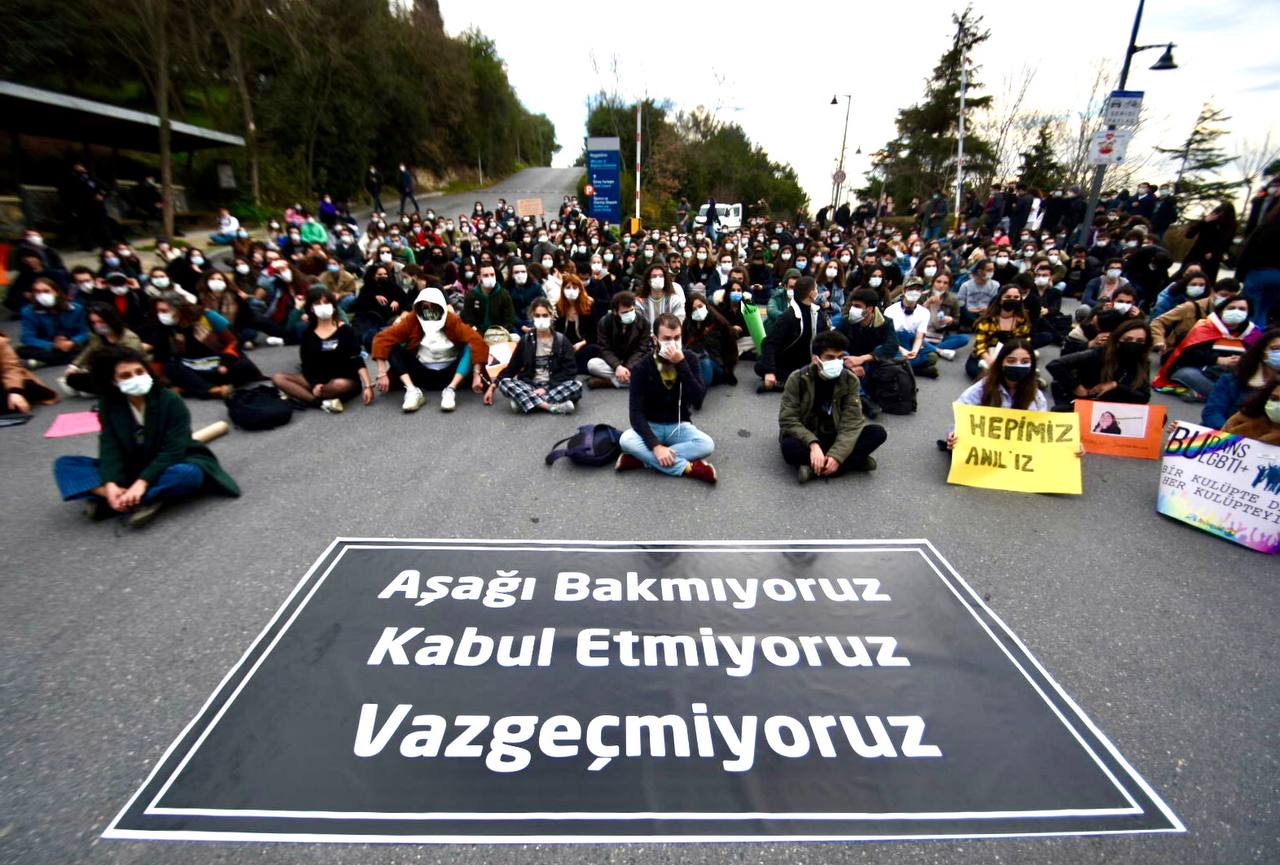 The students listed their demands as follows:

“2-All of our friends under custody, under house arrest, or under arrest must be released.

“3-The higher education institution, which is an institution established during the coup, must be closed.

“4- The police that blockaded our campuses must leave our university

“We have what it takes to say all this and much more. We will never look down.”