To Be an Intersex Child in a Village

For the first time I sensed that a part of me was bad. A connection between my mind and that area had started. 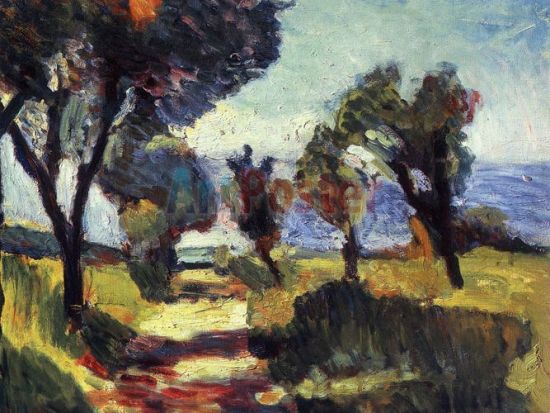 Do you know what it is like to be an intersex person in Anatolia, in a village in Turkey? I know that pain, I know what it is like to be the kid who got called names or heard a mother’s sigh when she was asked about it… Listen to it from someone like me who once could not speak Turkish at all.
I guess I was 5 or 6 years old, I remember some women from our village and my mother forcing me to lie down and touching me between my legs while I was crying and screaming, making comments like they were doctors. They were consoling my mother by saying: “Look, it is right there. It will open with the grace of God’’ and my mother would agree with them with gratitude and say, “Amen, please God.’’
For the first time I sensed that a part of me was bad. A connection between my mind and that area had started. I stayed away from the adults and was scared of them for days. It was the spring of 1978.
Because I was physically stronger, I used to win all the games. My friends who could not stand this used to call me names. Kurdish nicknames one after another, nicknames that implied that I was both a boy and a girl, and words that described my genitals. I felt like I was going crazy. I used to leave that cacophony, run home and tell my mother about it. My mother used to curse them and console me by saying “You are better than them’’ and she usually fought them.
When I was old enough to go to school, I learned what it means to be excluded. I learned to keep people at a distance and that was when I started to have conversations with myself. The new school year was about to begin, all of my peers’ school supplies were ready and they were showing them to me. I ran home from the square. My father, mother and brother were at home. I was panting heavily and I asked them when they were going to buy my school supplies. There was a silence for a while and then I barely heard my mother saying “Let’s let her go.” My father angrily told my mother, without even looking at me, “Stop growling. Children from three different villages will go to the same school, the child will come home with a new problem every single day, other children will not give them a rest. They will be harassed; should we be disgraced even more?” I remember my mother saying in response, “They should take a look at themselves. There is nothing wrong with my child.” My brother supported my father and defended the idea that I should not be sent to school. He looked at me with disgust and grumbled, “Get out! School is not allowed!” He pushed me, then slapped me so hard that I fell down. He had a say in it, after all his wedding was only a week later. He also warned me strictly, “While the teachers are passing through the village do not let them see you, hide. Or else I will trash you.” I had to say, ”OK brother.” It was not only that. There were trucks that carried workers to the factory. I used to hide when I saw them as well because the truckers also used to call me with my famous nicknames. Every morning and every evening, those were the times that I used to die.
I did not give up, because I was smarter and stronger than all of them. My mother used to give me my food and I used to go to the pasture to graze our animals. There, I organized my peers. Everyday one of them was going to teach me whatever they learned at school. Behiye, Şevket, Satı, Fatma… First, all the letters, then the numbers and then I learned how to read. But this did not last long; all of them complained to their families about me. The parents turned up at our door and my mother struggled with the problem again.
I was the disgrace, the black sheep of the family in every way. But when the topic was money, they were not ashamed at all, especially my brother. He took me to the brick factory with him when I was 10. There, the warnings continued, “Do not talk to anyone. If someone says something tell us and do not beat anyone up.” Because I was tall and strong, they used to give me all kinds of tasks and I completed them all with success. People were not picking on me that much when I was working. I earned everyone’s respect because I was practical. We bought a TV and so I learned to speak Turkish very well. The personnel bus used to stop at the city center for three or four minutes and I used to get off to buy newspapers such as Güneş, Cumhuriyet, Bulvar, whichever I could find. Some people on the bus would laugh at that and some would admire me. All of them knew that I had not gone to school, but the ones who went could not read as well as I did. When my dear brother’s control became less effective, he made more aggressive decisions. He forbade me to buy newspapers. It was no big deal, I bought books. I kept reading everything I found.
This is what I experienced in the village until the age of 12. I hope I will also share the other phases of my life.
Source: intersexualshalala.com
Translation: LGBTI News Turkey