In Istanbul, a trans woman was killed and hidden under a couch for 3 days by a man named Necat Y. 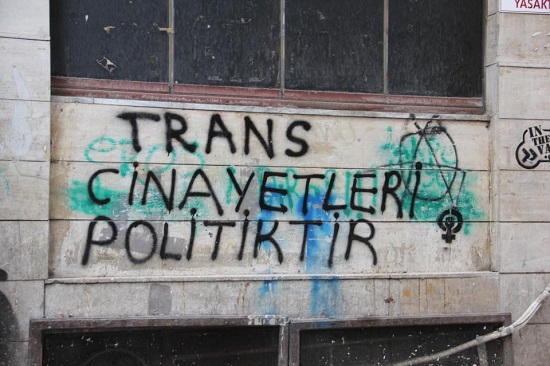 In Istanbul, a trans woman was killed and hidden under a couch for 3 days by a man named Necat Y.
Trans murders are political!
In Sirinevler, Istanbul, a trans woman named B.E. was killed by a man named Nejat Y. He kept the dead body of trans woman in a couch for 3 days. The murderer reportedly stayed in B.E.’s house for 3 days.
The murder became evident after B.E.’s family that live in the southern city of Adana called the police on January 10. The Istanbul police found a strong odor and the dead body hidden in the couch when they entered B.E.’s house. After the reports that 20-year-old murderer ran away to Nigde, a special police crew went to Nigde and arrested him.
He kept using the house after the murder!
Nejat Y. confessed the murder during an investigation at the Homicide Department. He made the following statement:
“I paid for sex. Following a quarrel after sex I choked her to death. I wrapped the corpse in a carpet and put it under the couch. I sprayed some perfume around and cleaned the house. Then I used the house for a few days more. When asked, I told people that she needed to attend a funeral in Konya.
The suspect was detained and taken to prison.