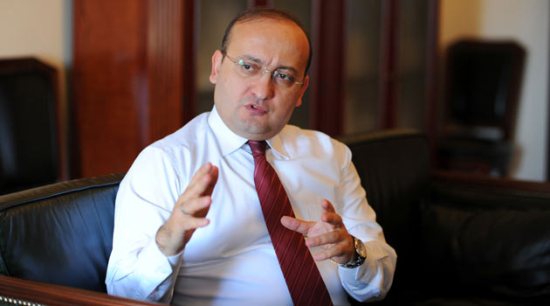 Discriminatory claims by Deputy Prime Minister Yalcin Akdogan: “The HDP [general elections] declaration mentions Kurds 8 times, lesbians 9 times. Is this the Turkish society?”
As the June 7 general elections approaches, the forcefulness of the disputes among politicians began increasing. In the meantime, homophobia is in the foreground in the government’s “criticisms” against opposition parties.
While the Justice and Development Party (AKP) government has taken no constructive steps towards resolving issues pertaining to discrimination, hate crimes, and rights violations based on sexual orientation and gender identity, its representatives continue producing discriminatory, homophobic, and transphobic commentary.
According to a news release by the [semi-official] Anadolu Agency, Turkey’s Deputy Prime Minister Yalcin Akdogan evaluated the Peoples’ Democratic Party’s (HDP) election manifesto during an AKP District Advisory Council meeting at the Elmadag Public Education Center in Ankara.
Deputy Prime Minister Yalçın Akdogan claimed that the HDP’s election manifesto is not representative of the Turkish society, claiming:
“[They declare] ‘I will abolish religion courses, I will abolish the [Directorate of] Religious Affairs, I will abolish this and that,’ they supposedly will recognize the Armenian genocide. You, how will you be the [political] party of Turkey? They mention Kurd [sic] 8 times in their declaration and 9 times lesbians and stuff. Is this the Turkish society?”
Translation: LGBTI News Turkey