In Turkey, a municipality have been conducting seminars at schools, addressing gender and LGBTI issues. The effects are clear in the words of a student.

In Turkey, a municipality have been conducting seminars at schools, addressing gender and LGBTI issues. The effects are clear in the words of a student.

In the western city of Bursa, Nilufer Municipality have been giving presentations at high and middle schools focusing on gender inequality, violence against women and LGBTI (lesbian, gay, bisexual, trans, intersex) people, and struggle against violence.

The seminars, which had started with the 20015-2016 education year, have reached to over 4,500 students at 16 schools. Ongoing seminars are planned to include more schools next year.

Sociologist and psychologists working at the municipality conduct interactive seminars with students where they discuss how to tackle discrimination and violence. 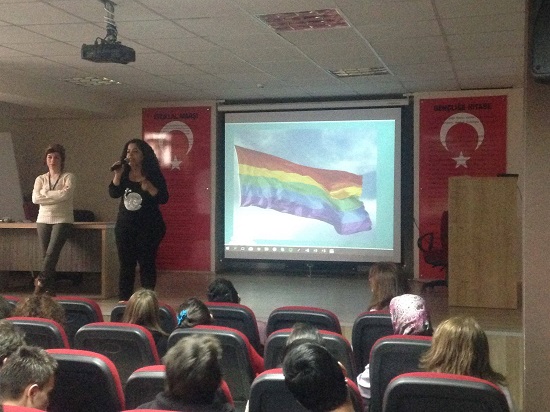 A student who have participated in a seminar explains the importance of this work:

“Everyone knows me at the school, I’m a gay boy. I mean, I never hid myself and, therefore, I had to face verbal abuse and mocking. But in last 3 weeks, there were some people who came and apologized from me and some who said ‘we will fight for you’ and that’s something super cool.” 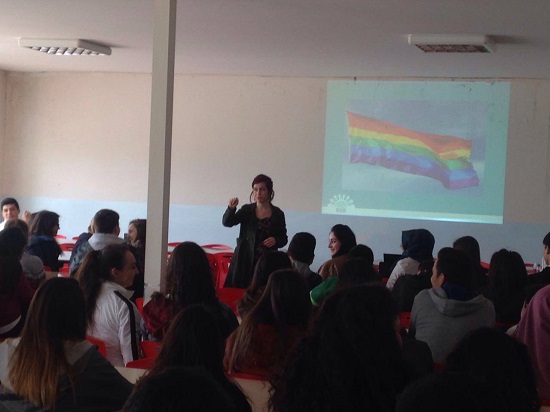 The Nilufer Municipality is the first in Turkey to have founded an equality unity and it includes protection of sexual orientation and gender identity in its policies.