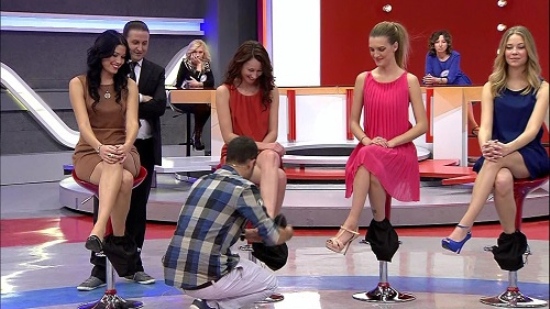 Turkey’s Radio and Television Supreme Council (RTUK) fined Kanal D, a nation-wide TV channel, for broadcasting a show deemed “damaging for Turkish family structure”.
Kanal D has been fined 410.000 TL (about 150.000 Euros) by RTUK for a TV show “Ben Bilmem Esim Bilir” (My Partner Knows, Not Me) – a popular game show for straight couples.
According to a news report by Firat Kozok from Cumhuriyet, one of the games on the show broadcast on November 16, which involved male contestants dancing with women other than their partners or spouses, was deemed “damaging for Turkish family structure” and “against the general morality” by RTUK.
RTUK’s Chamber of Monitoring and Evaluation prepared a report about the show, describing the “immoralities” as follows:
“The dance of male contestants with other women and their intimacy were on display and the attention of the audience was drawn to that. Later male contestants were taken from the glass room where they were waiting without their partners or spouses seeing them and they got dancing with women waiting behind the studio with upbeat music. The intimacy and dance of the men with women were shown to the partners or spouses waiting in the studio. Women seeing their partners or spouses dancing intimately with other women reacted with sentences such as “Is this a joke? I’m gonna kill him! He even holds her hand...” (...) Then the attempts of male contestants to make women sitting on high chairs put on shoes were shown. Meantime, although female contestants expressed their discontent, they put up with the situation to win the car.”
The report claimed that the situation “encouraged men to cheat on their partners or spouses and disrupt the family peace”, reducing women to “a sexual object”.
RTUK previously fined Show TV for “promoting homosexuality” with the music video of Shakira and Rihanna filmed for the song “Can’t Remember to Forget You”.