Two Men Were Taken Into Custody For The "Unnatural Intercourse"

On 20th of July, two men were taken into custody and brought to the court accused in "unnatural intercourse" in North Cyprus. 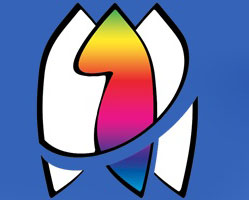 On 20th of July, two men were taken into custody and brought to the court accused in "unnatural intercourse" in North Cyprus.
According to the law detainees are threatened by up to 5 years imprisonment. The defendant H.K. did not object to the arrest, while the defendant A. K. said "I am a single man".
According to Kibris Newspaper, the police arrested one of the men in a hostel where he stayed and the other man in a park. Cyprus Turkish police claims that A.K. and H.K. were having an "unnatural intercourse" in the mentioned hostel operating within the walled city of Nicosia.
The neighbours have complained that he brings men home!
The police states that the men were arrested based on complaints by their neighbours. Police also said that defendant A. K. was the subject of earlier complaints that he “brings men home”. However, defendant A. K. said "I am a single man, they are slandering me" in the court.
Detainees’ hearing took place in Court of Nicosia in front of the Judge Fatma Senol. On behalf of Attorney General the prosecutor Aliye Ozcinar and two men were presented.
The court heard Ercan Atasay, a police officer on duty at Judicial Branch Directorate connected to the Police Headquarters in Nicosia, as a witness.
"They committed the crime of “having sexual relation against nature”
Police officer Ercan Atasay has claimed that on 20th of July 2011 in Nicosia defendants have committed the crime of “having sexual relation against nature”. Police Officer said the investigation has already started and he asked 1 day detention for defendants.
"I am a single man"
The defendant A.K. who said "I was a single man," said that he was defamed, while the defendant H. K. did not object to the arrest. Thereupon, the judge Fatma Senol, decided that the two men under suspect should stay in custody for one day.
Law threatening prison for up to 5 years!
In TRNC article 171 of Chapter 154 of Criminal Code orders that “whoever has sexual intercourse against the order of nature with any person, or, allows sexual intercourse against the order of nature with a male, commits a heavy crime and is punished with up to five years of prison”.
"You feel an intense legal pressure"
LGBTQ people of Cyprus (south) had been freed from discriminatory laws of British colonial rule within the process of the EU accession. It is known that authorities in Cyprus south, despite all the reactions from political and religious groups, have amended the laws concerning the same-sex relations compatible with EU acquis.
However, the laws are in force still in North. LGBTQI people in north claim that the existing laws are not so powerful anymore as they used to be under the British colonial rule. However, male to male same-sex relations are still considered as heavy crime which causes insecurity.
Initiative Against Homophobia, is struggling to reform the law on sexual orientation which is one of the basic human rights and freedoms, in the process of harmonization the laws of the TRNC with the EU legislation.
In 2008 Initiative Against Homophobia has presented “Resolution regulating the presence of different sexual orientations” to the head of the Parliamentary of TRNC.