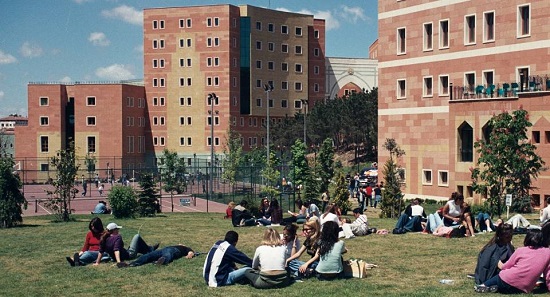 Yeditepe University administration knows no limits in homophobia: censorship, prevention of academic study, offenses against freedom of association.
Students against homophobia and transphobia from Yeditepe University in Istanbul wrote a declaration regarding ongoing, frequently occurring homophobic and transphobic attitudes of the college administration. Concerned by possible threats to their ongoing education, the students could not reveal their names but spoke of what they experiences at the college:
“LGBTI visibility is a problem for the administration”
“As LGBTI and ally students, we would like to state our restlessness because of the frequently occurring homophobic and transphobic events in the school. Although there are LGBTI people in the school, the LGBTI visibility and its organization disrupts the status quo and is censored and obstructed by certain university institutions. We made a list of unfortunate events and would like to share them with you.”
“Our right to organize is obstructed”
“Like LGBTI organizations and communities in many universities abroad, there are LGBTI organizations at various universities in Turkey. However at Yeditepe University, the idea of an LGBTI club is perceived as a disturbance. When we applied to the authorities for a gender studies club, the petition was not even considered for approval and the authorities stated verbally that these kinds of organizations would disrupt the school and damage its reputation.”
In their opinion, there can be no academic study on gender!
“Moreover, they claimed that there can be no academic study in this field. Our regulations, activity guidelines, proposed conferences and events that we would like to host, as listed on our application, were determined not worthy to be evaluated. The application dates announced to us were always postponed to future dates; but during this time, other clubs were permitted to be established. Furthermore, they permitted certain clubs to be founded on the dates we were not allowed. This is an indication as to how arbitrary in their decisions and how homophobic in their perspective the university administration is. To this date, we do not have any clubs for gender studies and the efforts of other clubs on this issue have been censored.”
LGBTI themed events face censorship
“Recently, the conference ‘Gender identity, sexual orientation, the myths and inaccurate knowledge about sexuality,’ held by the Yeditepe University Psychology Community, has been censored because it involves plenty uses of the word “sexual”. Moreover, the banner of the event was not accepted with the pretense that it depicts a ‘sexual position’ in it. We do not understand why a university gets irritated by debates on sexuality.” 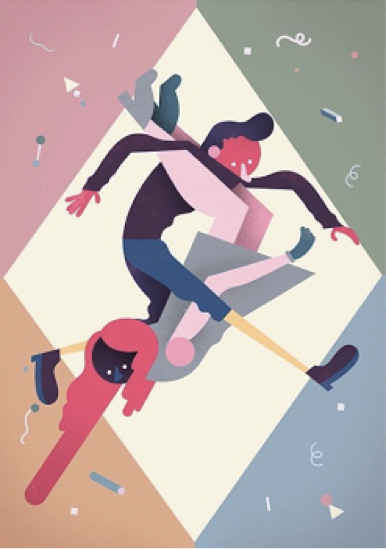 Proposed conference banner
“We didn’t forget about the Medicine Conference”
“Another similar event is that the medicine department and LGBTI people could not meet. ‘LGBT-Medicine-Ethics’ conference held by medicine students was canceled by the university administration on grounds that ‘there can be no such detailed conference on LGBTI’. In addition, a ‘Medicine and Human Rights Conference’ also faced the censorship by the Dean. They put forward a condition that the project, which was only focused on LGBTI people, should include the ‘disabled,’ as they demanded the event not to be focused solely on the LGBTI.”
Restriction on film choices
“This censorship-oriented state of mind is not limited to university events. According to our friends in the school, out of films shown by the clubs, the LGBTI-themed ones were singled out and censored. They seem to be very much disturbed by gay and trans visibility and they take on the role of ‘guardians of general morality’. We wonder why especially LGBTI-themed issues fall into censorship in our school.”
“Give up censorship and homophobia!”
“Recently, Asya Elmas, a trans activist, was not allowed to enter the university on the grounds of her political identity. Asya had attended a lot of events in various other universities. Considering past homophobic and transphobic happenings in the university, we cannot help but question whether she was not let into the university because of her gender or because of political identity. We wonder when universities will give up these homophobic attitudes. It is a contradiction that freedom of thought and association is being censored by a university that defines itself as a ‘sustainer of the Renaissance’. As Yeditepe University students, we would like our university to stop its arbitrary, censorship-oriented, and homophobic attitude towards LGBTI issues, to declare an egalitarian attitude towards its students without any discrimination, and to pave the way for our LGBTI organization.”
Translation: LGBTI News Turkey