Once again a postponement at Boğaziçi rainbow trial!

The trial of those who were attacked by the police for carrying the LGBTI+ flags was postponed once again. The lawyers reemphasized that there was no crime, at the hearing. 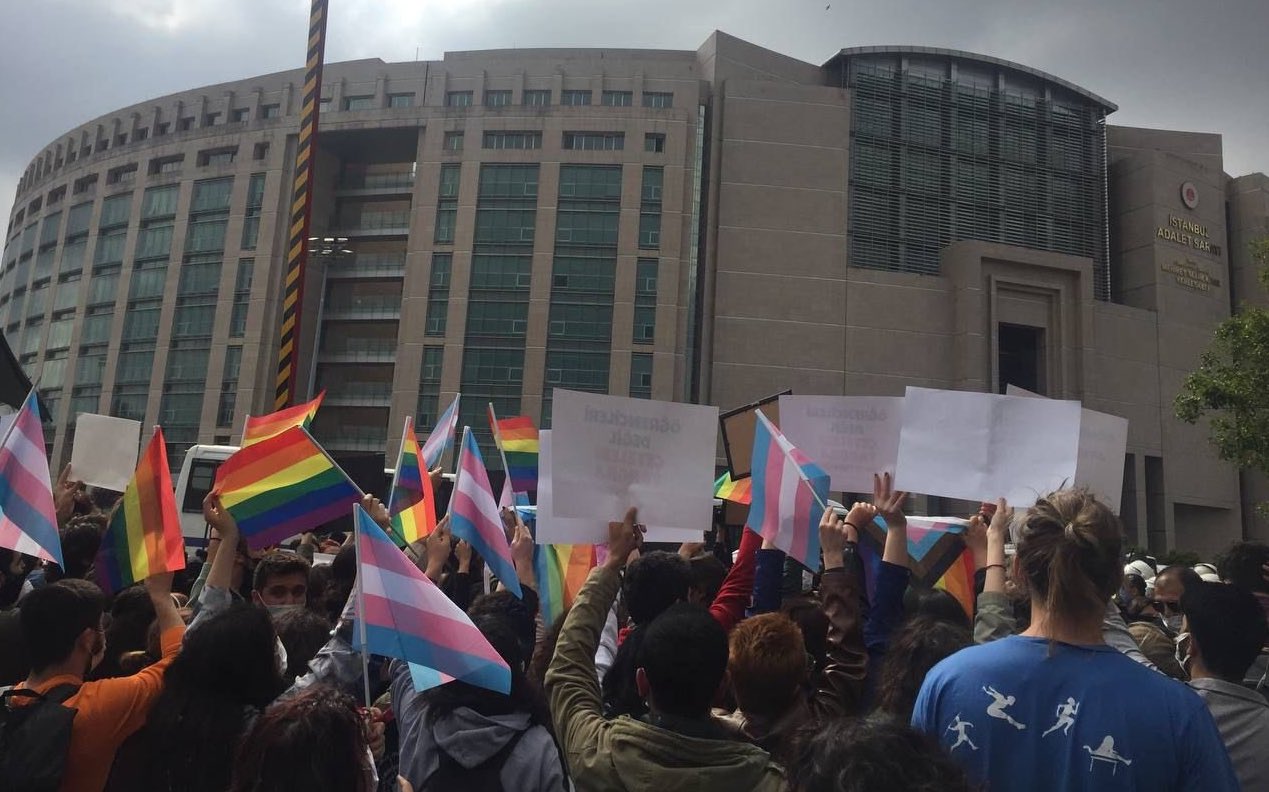 Lawyers: The process is against law, there is no crime

A lawsuit was filed about twelve people detained outside the North Campus on the grounds of “opposition to law on meetings and demonstrations”. The third hearing of the case was held on September 13 at İstanbul 14th Penal Court of First Instance and the case was postponed to January 18, 2022 under color of “collection of evidence”.

Lawyer Eylem Kılıç also underlined that “the elements of the crime did not occur” and she continued: “When we consider both local and international legal precedents we can see that there is nothing to constitute a crime. This is something that has to be evaluated within the freedom of expression.”

And lawyer Av. Yener requested acquittal reminding that the custodies are against law. However, the Court rejected the request and postponed the trial.

What is in the indictment?