Information report of ’LGBTI People’s Freedom of Expression on the Internet’’ on regulation of Internet and Censorship aimed at LGBTI People is published by lawyer Yasemin Öz. 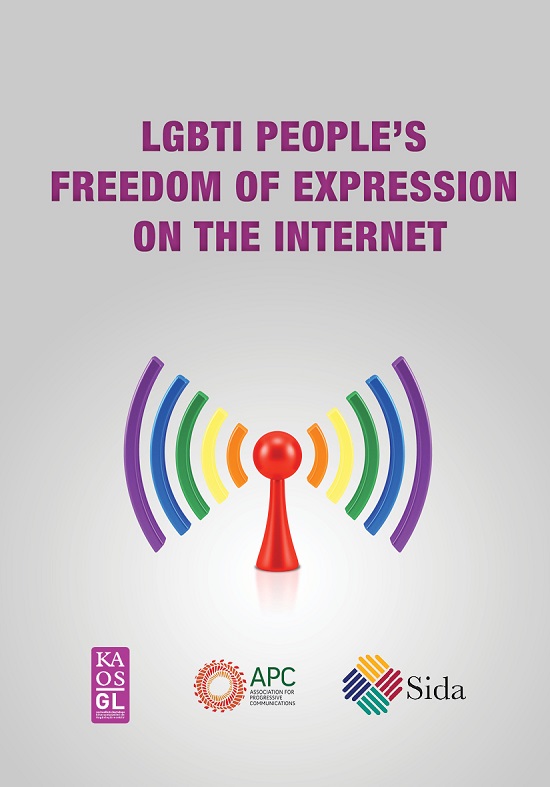 Information report of ‘’LGBTI People's Freedom of Expression on the Internet’’ on regulation of Internet and Censorship aimed at LGBTI People is published by lawyer Yasemin Öz.

Kaos GL Association published the report of ‘’LGBTI People’s Freedom of Expression on the Internet’’ who continues to work on freedom of Internet, Censorship and discrimination in Internet.

The report prepared by Yasemin Öz, investigates the effects of the regulation and legislations to freedom of expression. In report, regulation scanning along with LGBTI websites which are banned to access and judicial process can be found.

Research results show that the regulation which deals with the content of Internet publication and domain names is not only directed to LGBTI People, but also directed to freedom of expression as a threat, generally.

It shows that the considered examples whose contents are unclear, such as ‘’obscenity’’, ‘’public order’’ and ‘’morality’’ cause an extensive ban authorization.

In the end of the report, suggestions from association and text of ‘’Feminist Principles in Internet’’ are provided, written by APC (Association for Progressive Communications) the project partner of Kaos GL in freedom of Internet.

‘’Laws should be changed so as not to cause discrimination’’

Outcome of the report shows the necessity of alteration in law without any ambiguous criteria, so as not to cause any discrimination in terms of freedom of expression which is guaranteed in Turkish Constitution and International Convent.

Printed version of the report can be accessed from Kaos GL Association. This link to access Turkish version, this for the English version.

‘’Works of Kaos GL in the field of Internet’’

Last May, Kaos GL, who got together more than 20 volunteer reporter from 14 cities for the New Media School which lasted four days, also organized a meeting to create a network related to freedom of Internet in the name of ‘’ Cyber People’s Meeting’’ in September. On 12-13th September, representatives from LGBTI Associations met to speak about Internet activism and ways of fight in terms of Penal System, in the Civil Society Association.

*This research has been financed by the Swedish International Development Cooperation Agency (SIDA) under the scope of the “Sexual Rights Project” of which the Kaos GL Association is a member. The “Sexual Rights Project” is run by the Association for Progressive Communications (APC) with partners from India, Indonesia, South Africa and Turkey. Financial support by the APC and SIDA does not necessarily mean that they agree with arguments in this publication.

“Gays and Lesbians are Changing the World by Making News”

Is someone Watching us on the Web?

How to make news in HIV/AIDS field

If you don’t tell your story, someone will tell it on behalf of you

Access to LGBTI related websites was blocked one by one?

How obscene am I TİB?

How much are we blocked on the internet?

About 88 thousand of internet sites are blocked!

Feminist Principles on the internet were discussed