There is no shortage of excuses for hate: Kindergarten warns about rainbows on the windows

The rainbows that children hang to the windows to not to feel alone during the quarantine has been associated to LGBTI+'s. "Warning" of hatred to parents: "Our goal is to stop the rainbow from being symbolized and encoded into children's minds." 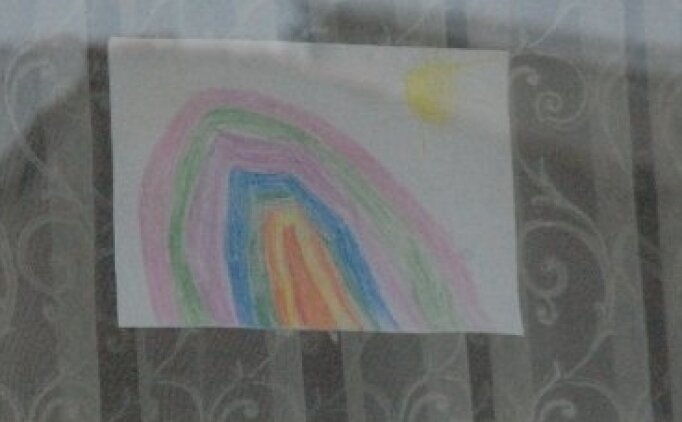 Due to new Coronavirus (COVID-19) pandemic those who are able, are staying at their homes, the trend of drawing rainbows and gluing them to windows as a message to other children and to break the feeling of isolation has been associated with LGBTI+'s. After one of Turkey's primary sexist, transphobic, homophobic hate speech production, publication, and provocation institutions, Akit Newspaper's article has been published under the title of, "This time the children are on the target! LGBTI perverts are making a move" a private kindergarten in Adapazarı has made a "warning" to the parents under various claims.

“Rainbow is invented in the last five years”

Private Neva Altınçocuk Kindergarten claimed that the rainbow "symbol" has been used in all areas of child-related sectors in the last five years and they have not seen such an application in the previous 20 years. Kindergarten's "bigger picture" warning about the rainbow, which is frequently used in from covers of children books to fairy tales, from notebook covers to pastel paint boxes, is as following:

“Dear parents; During this difficult period, the trend of hanging rainbow drawings on our windows have quickly adopted in our county. This is not a decision taken by us Turkish educators, but an application copied from abroad. Rainbow and unicorn symbols have long been used as flag of LGBT groups. The rainbow symbol has been emerging in all areas of child-related sectors for the last five years. In the past 20 years before that, no such practice has been seen. Unfortunately, we can't call it a coincidence, because of the presence of groups that makes the rainbow their flags, and such dense emergence of rainbows in every field possible.

“Our goal is not to alienate children from the rainbow itself, but to stop the rainbow from being encoded into the minds of children as a symbol. As Private Neva Altınçocuk Kindergarten, we do not support this movement and trust in the sensitivity of our esteemed parents.”